A 34 year old woman, Christina Napose is battling for her life at Thyolo District Hospital after her husband hacked her on both hands and the head following misunderstandings between the two over relish.

Thyolo Police officer in charge, Josiah Kanthiti confirmed to have received the report saying they are searching for the husband, Benson Kalingo who is at large.

Speaking with one of the local daily papers, Napose a mother of three said she met the fate on Sunday night of June 13 soon after her husband came back from where he went earlier that day.

‚ÄúMy husband left around lunch time when I was preparing food. I told him to wait for lunch but he refused saying he was going out for a walk but he didn‚Äôt tell me where he was going,‚Äù she said.

Napose added that her husband came at around past eight in the evening and demanded for his food which she provided to him.

‚ÄúInstead of eating his food which I prepared, he started shouting at me while complaining that the relish I had given him was not enough,‚Äù she said adding that her husband went out to prepare additional relish.

Napose, who works at Conforzi Tea Estate as a tea plucker said she told her husband not to prepare additional relish since to her it was a waste.

‚ÄúThis did not please my husband who instead of cooperating with me, he took a panga knife and hacked me on the head, fingers and the back,‚Äù Napose lamented.

Both Christina Napose and Benson Kalingo hail from Lupiya Village in the area of Traditional Authority Ngolongoliwa in the district. 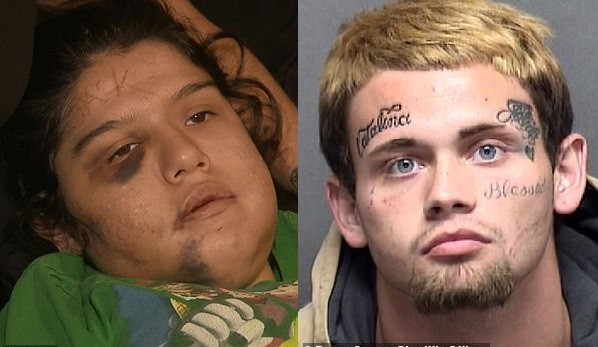