As Malawians are keenly waiting as to how the new administration under President Professor Arthur Peter Mutharika is going to deal with the plundering of Public funds at Capitol Hill dubbed cashgate.

Public Accounts Committee (PAC) of Parliament has disclosed plans to summon again several stakeholders in the ongoing probe into how government lost billions of taxpayersā money.

Speaking after a three-week review of audit reports which ended on Friday, committee chairperson Alekeni Menyani said much as they agreed and commended the work of the previous committee, some of the stakeholders who appeared did not give convincing answers.

āWe are still in the process of identifying which of these stakeholders should reappear before the committee for giving unconvincing answers or making contradictory statements,ā Menyani said.

He said it would only be after adding input from these stakeholders that the reports would be submitted to Parliament.

But Menyani would not disclose the stakeholders.

Some of the officials and institutions who testified to the porosity of the public finance management system and how funds could have been siphoned included the minister of Finance at the time, Ken Lipenga, banks, Reserve Bank of Malawi and former budget director Paul Mphwiyo. 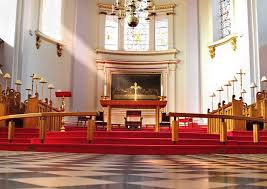