Reports reaching FaceofMalawi indicates that a man in Chikwawa is reported to have developed breasts after witchcraft errands in the middle of the night goes wrong.

The community handed over the man to the Chikwawa Police for further investigations.

At night, he turns into a woman. She flies around the world. As the dawn breaks, he changes back into a man. This times the mixture was in wrong proportions. Things didn’t work out as expected.
Ukatamba-tamba kumayang’ana kumawa kuopa kungakuchere could be the best expression to describe what has happened here.

Bizarre as it might be, the story sheds light on old legendary and mythical stories which modern Science of Albert Einstein has tried to dismiss. Behold. Witchcraft is real and does exist. The chemistry of traditional mixes which create wind and fire in the middle of the night. Witchcraft gives people capability to fly and visit relatives in UK overnight is real. The playground remains the graveyard.

If this could be commercialized, there would be no need to build expensive hospitals, roads or airports. Malawi would develop beyond recognition. Raking in billions of Dollars in export earnings. Competing with Boeing and Airbus, the aircraft manufacturers. Malawi would be in forefront of supersonic aviation industry. NASA would look up to Malawi to reach other planets. It would take a split of a second to reach Mars.

Everything is possible when the sun goes down and talented people go to work. Growing big eyes. Long hanging noses, sharp narrow lips and indeed breasts. Instead of healing, they give relatives and neighbors hard times. Tortoises and stones in the stomach.

Bellow are the pictures showing a man with breasts.. 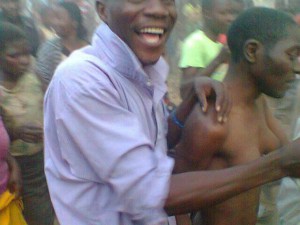 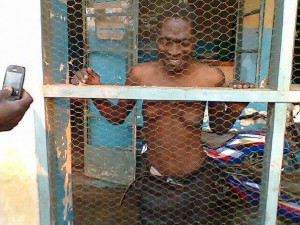