Uranium miner Paladin Energy would spend some A$16-million a year on its Kayelekera mine, in Malawi, to ensure that the operation was ready to resume production once the uranium price rebounded.

Speaking to Mining Weekly Online on the sidelines of PaydirtŌĆÖs Africa Downunder conference, in Perth, Paladin MD John Borshoff said that uranium prices would need to be between $65/lb and $70/lb to validate the restart of Kayelekera.

Paladin officially ceased uranium production at Kayelekera in May this year, placing the mine on care-and-maintenance. Mining operations have been suspended since February, but ore processing had continued.

With the mine ceasing operations, global uranium supply was reduced by around 3.3-million pounds a year.

ŌĆ£Putting Kayelekera on care-and-maintenance does not mean that we have put the project to sleep permanently, but we are waiting for it to awaken. The project has a very real potential to start again, and the medicine it needs to restart is a positive uranium outlook,ŌĆØ Borshoff said.

He told Mining Weekly Online that based on current market analysis, the target uranium price would likely be reached within the next 12 to 24 months.

ŌĆ£When you look at the production curve, we think that price will come very quickly, and it wonŌĆÖt be a gradual thing because it will be based on the security of supply and the fear that that inspires in users, which will cause a stampede for product.ŌĆØ

In the meantime, Paladin would work to increase the resource base at Kayelekera, with the miner spending A$1.5-million a year over 2015 and 2016 on exploration.

ŌĆ£We aim to get the project past a ten-year mine life, up from the current six years,ŌĆØ Borshoff said.

ŌĆ£By our reckoning we need two or three good field seasons to get the necessary resource, and we will start getting into the first season shortly.ŌĆØ 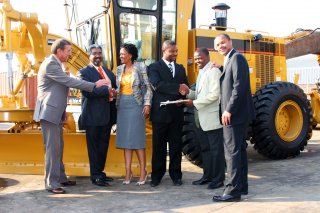