When people hear about Germany, they probably think of delicious beer and excellent cars. From an outsider’s point of view, Germany is the land of perfect streets and flawless infrastructure. With a population of more than 82 million people, the residents are extremely patriotic, too. Not many people would leave Germany to work or live someplace else. With nearly 700 zoo gardens, aquariums, parks, animal reserves, safari parks and bird parks, Germany is a country with diverse fauna and flora. Here are a few of the things we think Germans do best.

The Zoologischer Garden in Berlin is the largest in the world. Germany is also famous for its philosophers – Nietzsche, Kant and Hegel. Here are 7 things that Germans do better than other people.

Germany designs, engineers, manufactures and produces some of the world’s finest cars. With a yearly output of almost 6 million cars, Germany is Europe’s leader in car manufacturing since 1960. Right now, the country’s production is the 3rd highest in the world. Vehicles designed by Germany won many international awards over the years, including ‘International Car of the Year’, ‘European Car of the Year’, and ‘World Car of the Year’. Porsche 911 and Volkswagen Beetle won 4th and 5th place for ‘Car of the Century’.

Why is Germany so acclaimed for its car engineering? Whether you drive a used BMW, used Mercedes or even a Mercedes convertible or a sleek new Audi convertible, you probably already know that two brilliant German engineers basically created the modern day car back in the 19th century. Everything started when Nikolaus Otto and Karl Benz developed the internal 4-stroke combustion engine. By 1901, Germany was making 900 cars per year, and in 1926 Daimler-Benz emerged. It was the predecessor of Gottlieb Daimler and Karl Benz, and they started producing the acclaimed Mercedes-Benz. 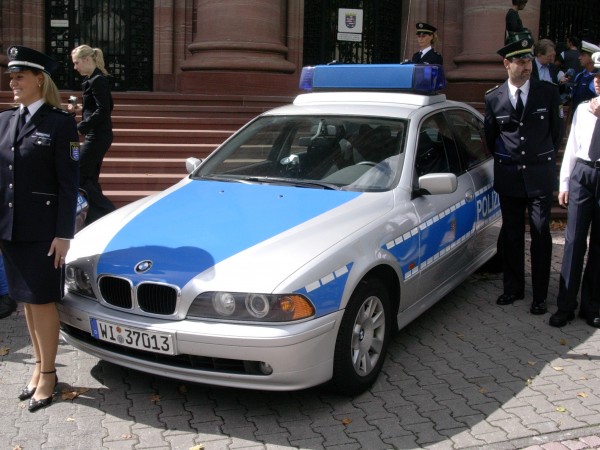 In the present day, 7 marques and 5 German companies dominate the auto industry in Germany: BMW AG, Volkswagen AG (with subsidiaries Porsche and Audi), Daimler AG, Ford, and Adam Opel AG. On an annual basis, Germany produces 6 million cars and nearly 5.5 million are manufactures outside of the country by German brands. Next to China, US and Japan, Germany is the 4th car manufacturer in the world.

Beer is an important part of Germany’s culture. For years, the product was brewed according to a law called Reinheitsgebot, which only allowed malt, hops and water to be used as ingredients. Germany’s production has been governed since 1993 by the Provisional German Beer Law. This permits beer manufacturers to include additives, too, but only in top-fermented beers. A World Health Organization report issued in 2004 ranks Germany on 4th place in terms of beer consumers per capita, behind Swaziland, Ireland and the Czech Republic.

Germany’s beer market is centralized up north. Nearly 50% of all German breweries are located in Bavaria. Throughout the whole country, there are over 1,300 breweries and roughly 5,000 beer brands.Aufseß has the world’s highest beer density, and it is located close to Bamberg City in Bavaria. Germany’s oldest brewery is Benedictine abbey Weihenstephan, which was established in 725, so it’s also the oldest in the world.

Of course, we can’t talk about Germany’s beer without mentioning its festivals, too. Oktoberfest is an annual beer festival in Munich, Bavaria that lasts for about 2 weeks. 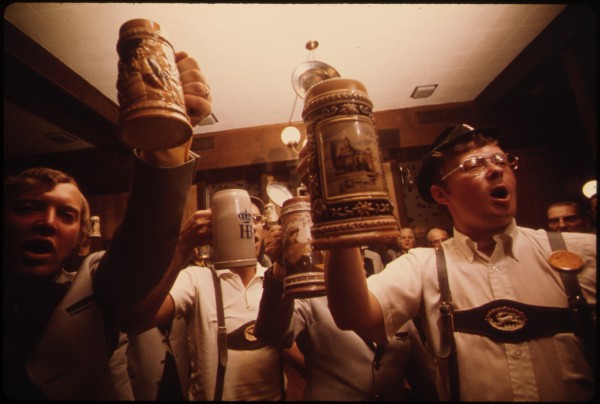 Huge quantities of beer are consumed during this time of the year; according to recent statistics, over 7 million liters are served throughout the duration of the festival.

Germany’s Football Association is the main organization that governs the sport.

It features 6.6 million members and it is organized in more than 26,000 football clubs. Germans also have a league system, Bundesliga being on top. The winning team of Bundesliga usually represents the best German football has to offer.

In addition, there are national competitions, too, and some of the most notable are DFB-Pokal (Germany’s Cup) and DFL-Supercup (Germany’s Supercup). Worldwide, Germany is the world’s most successful football nation. The country’s national team managed to win 4 FIFA World Cups and a 3 UEFA European Championships (a record).

Furthermore, Germany is the only country in the world to have won World Cups in men’s and women’s football.

The manufacturing process takes place at the Krefeld-Uerdingen factory, and the enterprise might one day become an alternative for car and aircraft manufacturing, too. There are 5 main Velaro trains – Velaro D, Velaro E, Velaro e320, Velaro RUS, and Velaro CRH3. Velaro CRH3 and Velaro E operate in China and Spain; as for Velaro RUS, Velaro D and Velaro e320 (the Eurostar), these will operate in the UK, Germany and Russia in the future.

Things are looking great for Germany and Siemens. In 2005, China placed an order for 60 Velaro CRH3 trains, and in 2009, they asked for 20 more Velaros and 100 16-car trains. Siemens received in 2008 an outstanding amount of $666 million; it was a payment from Deutsche Bahn for delivering 15 Velar D trains. In 2010, Siemens got another $933 million from Eurostar to manufacture 10 Velaro e320 trains.

There’s no doubt that Germany is an excellent train manufacturer, so we can only expect faster and more high-tech trains from the Germans in 2015.

Can we assume that just because Germany has some of the best car manufacturers in the world, it also has some of the best drivers? Of course not; nevertheless, German drivers are quite skilled. According to official reports, only 4.3 people per 100,000 died in a car accident in Germany, in 2013. The nation’s drivers are extremely disciplined, although they’re not really the most patient in traffic.

As opposite to other European countries, Germans are extremely technical. Before getting their license, they must attend driver training; a portion of this training includes technical data which is not usually understood by those from other countries. Afterwards, they have to take first-aid training, which is an important part of the driver course, too. Germans are so good at driving because they have excellent streets. It’s only natural to become skilled when the road is flawless.

A driver’s skills also improve with time when they’re behind the wheel of a study car. Germans have roadworthy vehicles because the law demands periodic technical inspections.

Drivers are not allowed to drive on the street if they don’t have a Technical Inspection Association certificate (renewed every 2 years).

Germany is not just a country that makes great beer and fine cars. Believe it or not, it makes stupendous castles and palaces, too; or at least it used to make them a few centuries ago.

The nation is famous for its abundance of historical and cultural edifices. Visiting a German castle is like stepping into a fairytale; most of them are positioned atop the highest mountain peaks, and their turrets and towers can be admired from a really long distance. Throughout history, Germany was devastated by dukes, knights and wars. The palaces and castles in particular, boast with the most incredible history. Many have been completely restored to their initial appearance, and they still include centuries-old weapons, artifacts, furniture and paintings.

Today, Germany prides itself with 25,000 castles and palaces. Some are just ruins, others have been restored and many have been converted into restaurants, hotels and museums. Some of the most beautiful and striking German castles are: Neuschwanstein – one of the world’s most famous castles built in the 17th century by Ludwig II. Surprisingly, it didn’t have a defense purpose, and it was solely meant to be a summer retreat. Wartburg Castle – one of Germany’s best preserved Romanesque castles built in the 11th century. Eltz Castle was built in the 12th century and has been owned by the same family since then.

It has the most striking collection of art and the views surrounding it are breathtaking.

While German Formula One drivers may not lead the annual race series at the moment, Mercedes Benz emerged as the winning overall team in the 2014 Formula One season with a total of 701 points.

The Red Bull Racing-Renault team placed second overall with just 405 points. The 2014 season was the first hybrid engine season where teams were required to use 1.6 liter V6, turbocharged engines instead of the V8 engines which the teams were required to use between 1998 and 2013. The German team placed first in 16 out of 19 races and even placed first and second in eleven of those races. The only races which the Mercedes team didn’t win were the Canadian, Hungarian and Belgian Grand Prix which the Redbull Racing-Renault team won.

What better testing ground for German engineering than the highly regulated and competitive world of Formula One racing?

2014 was a significant year for Brand Germany. Germany unseated the United States as the top national brand after five years of American dominance in the Anholt-GfK Roper Nation Brands Index.

A big contributor to Germany’s rise to the top Nation Brand was Germany’s efforts in the 2014 World Cup as well as Germany’s role in the world economy. According to policy advisor, Simon Anholt, Germany’s “perceived leadership in Europe through a robust economy and steady political stewardship” entrenched its position as number one. Other areas where Germany improved relative to 2013 included its “honest and competent government”, a positive climate for investors and “social equality”.

Germany is solidifying its reputation for being a preferred trading partner.

Other countries could learn a lot from the German healthcare system. The nation’s version of public health insurance is called “sickness fund” and it covers the entire population.

About 13% of the population – usually the richest – can opt out of the “sickness fund” and go for private health insurance, known as “Krankenversicherung”. Germany’s system is compulsory, multi-payer, highly regulated, employer-based and ultimately, fee-for-service. Some comment that it’s good to get sick in Germany; there are no extra costs involved, no deductions and residents don’t have to worry about high medical bills if their insurance hasn’t kicked in yet. There’s no doubt it – Germans are pioneers. They produce the tastiest beer, they manufacture the coolest cars, and they rock at football.

On top of everything, they have a sturdy healthcare system, which is something you don’t see in many countries around the world.

A second year student of Bachelor of Business Management...

A 22-year-old student has hanged himself on a tree...
FaceofMalawiNEWS