PP STILL STRONG DESPITE EXIT OF SOME TOP MEMBERS -NSONDA

Numbers of people have been deflecting to other parties Since PP lost general elections in 2014 where it came third. Sosten Gwengwe and its vice president Brown Mpinganjira are among of the notable people who resigned from the party.

People have attributed those resignations to the absence of the party`s founder Dr Joyce Banda who left the country soon after the elections.

Last week, Sosten Gwengwe and PPs former Deputy Secretary General George Zulu announced to have re-joined their previous party the Malawi Congress Party-MCP. Gwenge said over the weekend that he has decided to re-launch his political career in preparation for the 2019 general elections.

Meanwhile PPs spokesperson Ken Nsonda says the orange camp is not shaken with the resignations.

“The true owners of the party are not members of the executive but people on the grassroots level, so our party is not shaken with those exercising their right to choose where to belong. Let’s focus our attention on how the Democratic Progressive Party,” said Nsonda. 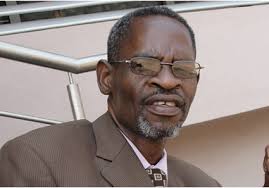 Nsonda who also denied that he is leaving PP, said his party is now working hard to find itself in government in 2019.

“Even if the whole National Executive Committee (NEC) decides to leave the party, the owners who are at the grassroots will call for a convention. These defections are normal,” added Nsonda.