From blue-collar to blue-blooded! Mechanic discovers he is heir to the throne of the Isle of Man after researching his ancestry online – and travels 3,000 miles to claim his title

A blue-collar American is getting the royal treatment after a search for his family ancestry online revealed that he is the heir to the throne of the British Isle of Man.

In the new TLC reality series Suddenly Royal, David Drew Howe, 45, an auto-repair specialist from Maryland, embarks on the adventure of a lifetime, taking his wife Pam and their 12-year-old daughter Grace 3,000 away to learn what it really means to look and act like royalty.

And while David’s noble lineage, which he claims makes him a cousin of Queen Elizabeth II, may have scored his family invites to the Prince William’s royal wedding to Kate Middleton, it proves to be far more difficult to earn the respect and acceptance of locals, who are less than thrilled that an American is taking the throne. 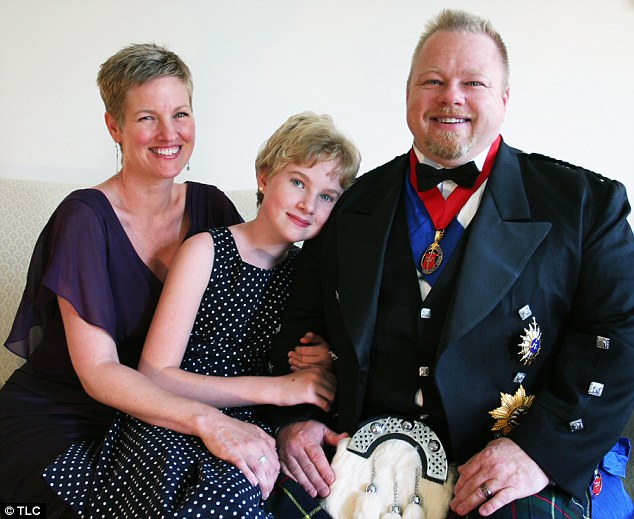 New nobles: David Drew Howe (right), his wife Pam (center) and their 12-year-old daughter Grace (center) traveled 3,000 miles to the Isle of Man, where they learned how to act like royalty 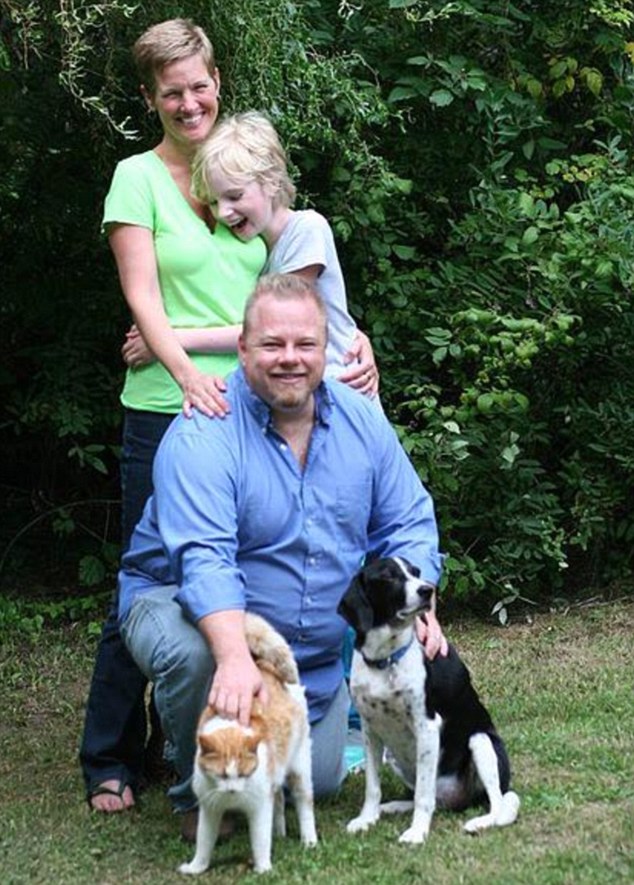 Regular to royal: David, who lives with his family in Maryland, learned that he is the heir to the throne of the British Isle of Man after searching his family ancestry online

‘We need to show them we have a certain je ne sais quoi,’ David says in a preview clip from the new series.

When arriving on the Isle of Man, the family begins exploring the land and getting acquainted with local traditions, including learning the local Manx language. However, the trio quickly learns that going from a commoner to a passable royal is no easy task.

‘You’re a king? Of what?’ one man asks David while they are enjoying drink at a bar.

When David, who claims that he is a descendant of Sir John Stanley, the first titular King of the Isle of Man, tells him of his royal title, the stranger lets out a hearty laugh and says: ‘That’s a good joke’.

Another local tells him that he can’t just proclaim himself king in the Isle of Man. 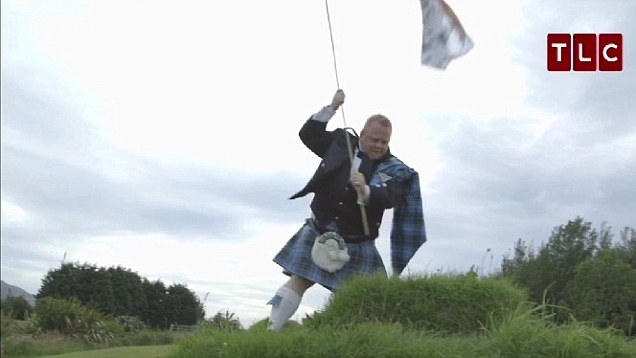 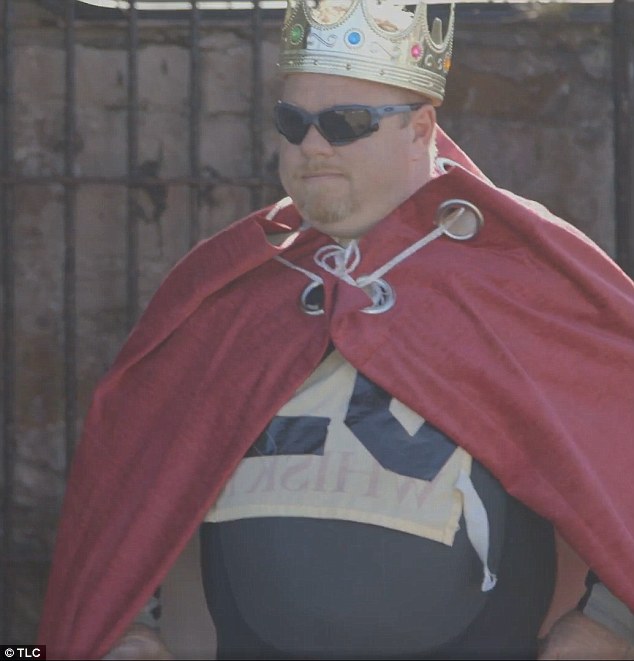 All hail the king: David explains that he has to show the Isle locals that he and his family ‘have a certain je ne sais quoi’ 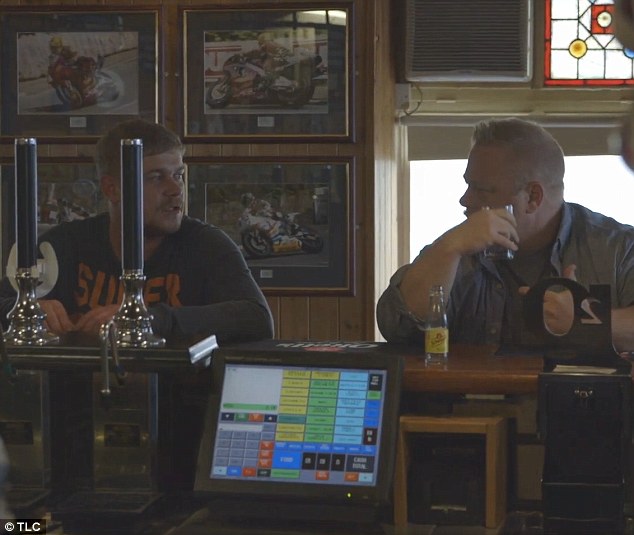 Yeah right: This man laughs at David when he claims that he is the King of the Isle of Man. ”That’s a good joke,’ he tells him

‘The people were mean to me. They didn’t take me seriously,’ David tells his wife dejectedly.

‘Even though officially I am the king that doesn’t really mean anything unless we can win the people of Isle of Man over,’ he explains to the camera.

During their journey, David hires him and his family a royal adviser and an etiquette coach – who have their work cut out for them.

David shocks his royal adviser when he tries to give him a fist pump instead of a handshake, and Lady Colin Campbell is equally appalled when he puts his napkin in the collar of his shirt and then blows his nose in it. 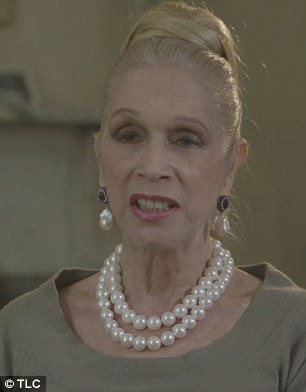 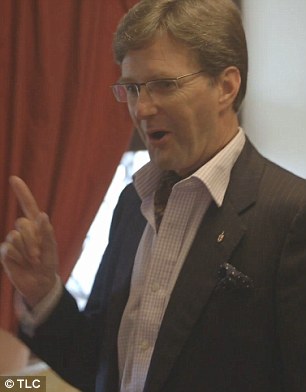 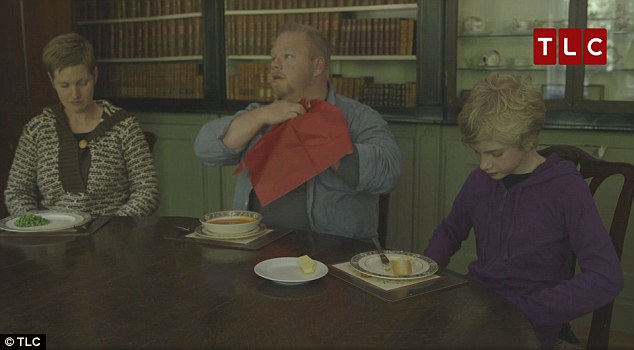 Too crass: Lady Colin Campbell is appalled when David tucks his napkin into the collar of his shirt

‘When I first saw them it was Hicksville come to town,’ she tells the cameras.

In addition to helping the family with their manners, Lady Colin Campbell also takes Pam shopping for new clothes, however, she is not entirely thrilled with everything that is picked out for her.

‘1984 called and they would like their suit jacket back,’ Pam notes of one of the ensembles she tried on.

The two settle on a fitted floral dress, and David is wowed when he sees his ‘royal’ wife for the first time. And even Grace is getting into the spirit.

Official palace: The Howes’ can be seen taking in the view of their ancestors’ castle 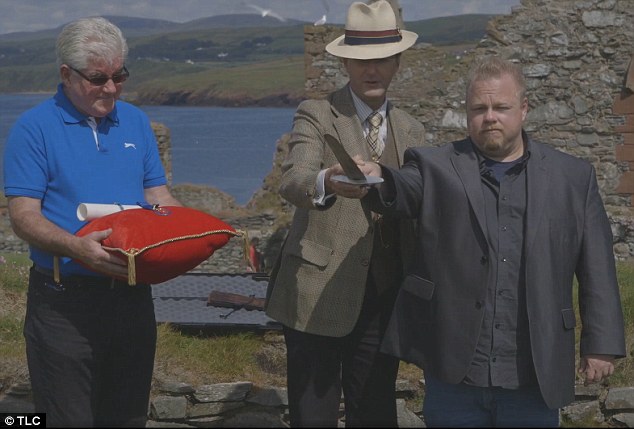 Making it official: David, who appears to be being knighted, is trying take him seriously as a royal

‘Now that we have learned so much about etiquette and cultural references I definitely felt like I got just a little bit more royal,’ she explains.

Throughout the series, the family attempts to host royal garden parties and sip tea with the Isle’s highest social circles. David even gets to participate in an RV tour and the World Tin Bath Championship.

‘I haven’t had this much fun since I lost my virginity in 1987,’ he says of the adventure.

However, his royal adviser warns him: ‘There is a serious side to being royal. It is not all fun and games.’ 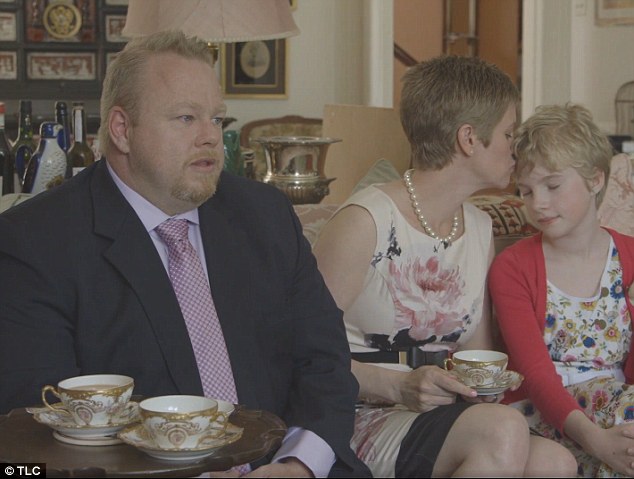 Clean up nice: The Howe family undergoes a make-over before they sit down for tea 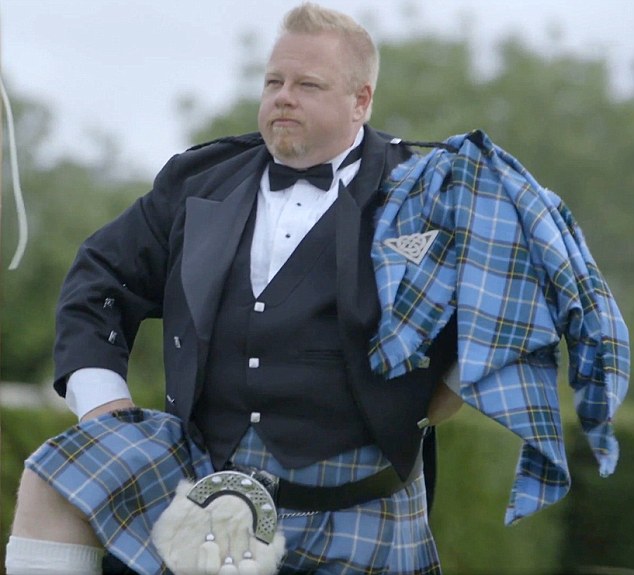 Working hard: The wannabe royal does his best to get to grips with the Isle of Man’s cultures and traditions – and traditional dress 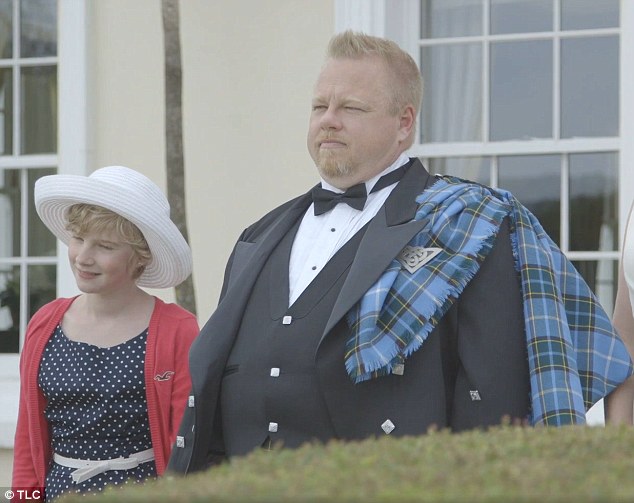 Acting the part: David, Pam and Grace soon start to blend in with the people in the high social circles they are now running in

When it comes to claiming his throne David is told that his only disadvantage is the fact that he comes from another land.

‘Kevin was pretty adamant about that the fact that if I was going to be king, I really needed to be moving here,’ David notes.

‘If I do end up winning the acceptance of everyone here, I kind have to be prepared for that.’

And while is appears that David is slowly but surely earning the respect of the locals, his family isn’t too keen on moving to the Isle of Man. 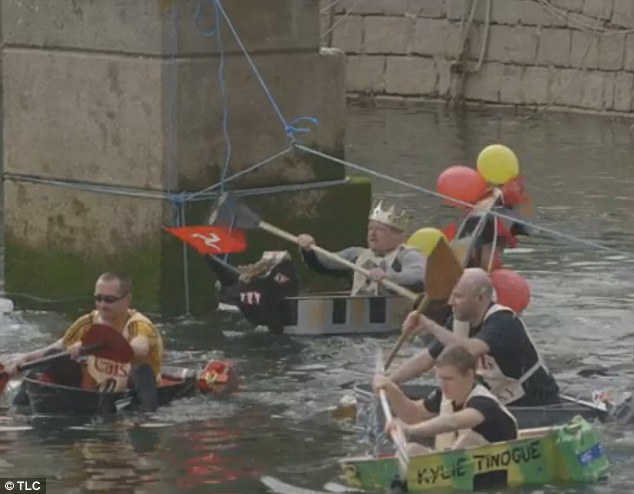 Fun and games: David even participates in the World Tin Bath Championship during his visit 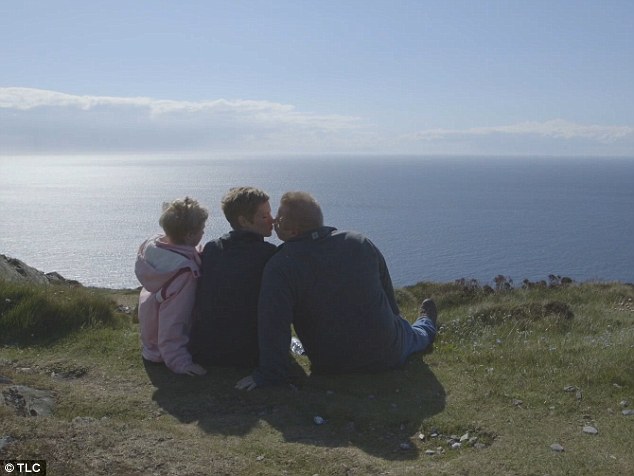 New home? While they family loves the beauty of the Isle, Pam and Grace both agree that they don’t want to live there full time – which will be necessary if David decides to be king

‘I am not prepared to move here full time, and I don’t think Grace is either,’ Pam tells her husband.

Meanwhile, Grace adds: ‘I don’t want to stay here permanently if that means leaving everything that I have grown up.’

‘You think you have an end goal in mind when you starting out and then everything changes in the midst of it,’ Pam explains.

David made headlines in 2007 after it was revealed that he sent notice of his intention to claim his title to the London Gazette, the official journal of record of the British government.

However, it took the family another seven years before they actually made the journey to the Isle of Man.

Suddenly Royal premieres on TLC on September 9 at 10pm

Previous article
MESSI LOSSES HIS TEMPER, GRABS A BLACK PLAYER’S THROAT
Next article
The World’s biggest snake has killed 257 humans and 2325 animals. It’s 134 ft long and 2067 kgs and It took 37 days to kill