The Legendary Ladysmith Black Mambazo will be debuting with their first ever live performance on Malawi soil on the night of August 29th at the Bingu International Conference Center (BICC) Auditorium from 8pm. 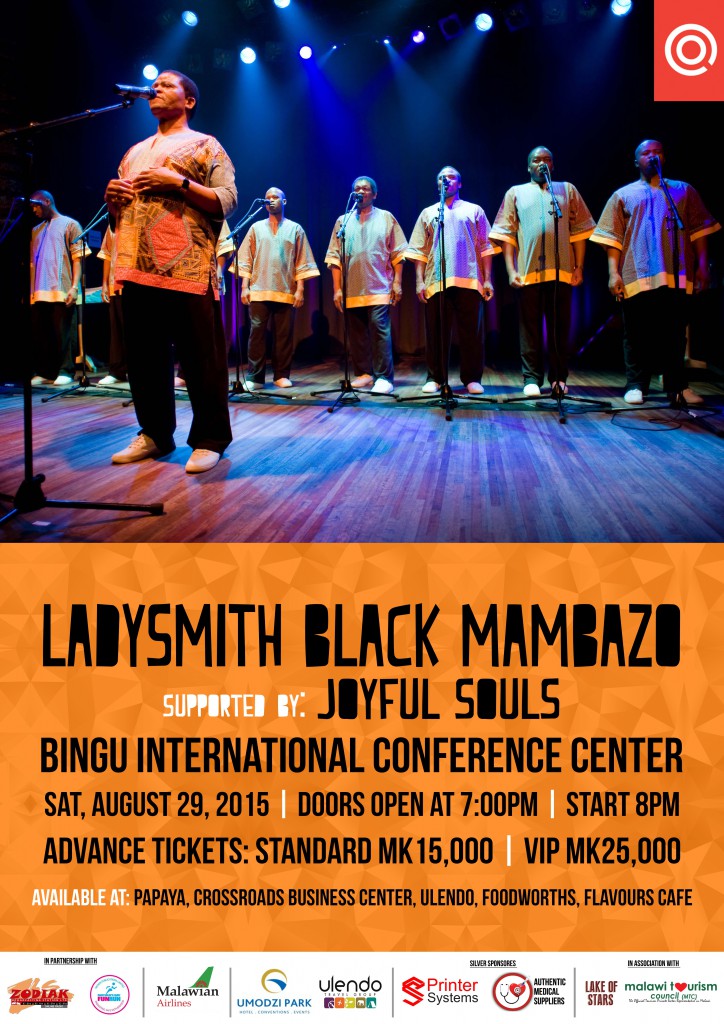 The multi-award winning acappella group will be supported by Malawi’s own Joyful Souls acappella choral group.

Ladysmith Black Mambazo was formed in the early 1960’s and carved a truly unique soulful African sound. With a musical discography of over 50 albums, Ladysmith Black Mambazo has received numerous accolades including 2 Grammy Awards, have been nominated for 2 other Grammys, as well as received an Academy Award nomination. Their influence has led to their contributing soundtrack material for a number of films including The Lion King Part II, Coming to America, Marlon Brando’s A Dry White Season, The League of Extraordinary Gentlemen, Cry The Beloved Country and Invictus.

Previous article
KASAMBARA WINS THE CASE: PRESIDING JUDGE FORCED TO RECUSE HIMSELF FROM THE CASE
Next article
MALAWI’s JOURNALISTS SHINE AT THE 2015 SADC MEDIA AWARDS