Corruption and economic hardship often go hand-in-hand. In western nations like the United States and many European countries, we often see corruption come to light as the result of press. However, in Africa, corruption plays a major role in increasing poverty level and poor economy in a more blatant way.

Africa is a continent blesses with several mineral, agricultural and human resources. But due to the scourge called corruption, it is still light years behind Europe in terms of development. Oftentimes, existing government regulations provide an easy means for corrupt politicians, businessmen, or military officials to exploit the system. Many other countries are ruled by a variety of independent tribal leaders and often lack a centralized power structure with any meaningful sway.

Here are the Top 10 Most Corrupt African Countries :

Still in the hands of one of Africa‚Äôs many corrupt dictators, in this case Denis Sassou Nguesso, with more opposition at home he has begun paying lip-service to creation of an anti-corruption campaign while he and a number of his lieutenants continue to skim funds, particularly from oil shipments through the port of Pointe-Noire. Some time ago, the government arrested anti-corruption advocate Christian Mounzeo when he returned home to Brazzaville after criticizing publicly in Europe the government‚Äôs misuse of oil revenue.

Since the resignation of anti-corruption czar John Githongo, some years ago, corruption has persisted in Kenya, but international monitors now suggest that, ‚ÄúPeople are much more careful about it, they have to obey due process.‚Äù The World Bank has embarked on a $120 million East African Trade and Transport Facilitation Project aimed to improve efficiency of supply chains and curb corruption using detailed audits and reviews. It remains to be seen how effective such projects can be.

Nigeria has bounced off the bottom of the most corrupt nations list due to the determined effort of its citizens to eschew corrupt public office holders. The Economic and Financial Crimes Commission, has also helped to stem the tide of corruption by prosecuting several government officials, forcing them from office, and begun monthly publication of budget figures on the national level and in 33 states and 700 local government authorities. Compared with seven years ago, Transparency International reports, progress is being made.

While the government has created an ‚Äúanti-corruption commision‚Äù and a Web site declaring Dec. 9 ‚Äúanti-corruption day,‚Äù 95% of all residents said in a poll that, ‚ÄúCorruption is rampant in most government departments.‚Äù One of the world‚Äôs leading producers of gem-quality diamonds, the horrific toll of traffic in illicit stones won Leonardo di Caprio an Oscar nomination for the film Blood Diamond, set in the country and detailing the outrages of this corrupt and often deadly industry.

Another African nation where there are many successful agribusinesses, particularly producing pineapples and palm oil, that operate effectively under the general understanding that a certain percentage of their profits go directly into the pockets of the nation‚Äôs ruling elite.

One of the world‚Äôs smallest oil powers, it is also among the most corrupt. Still, possibly under pressure from the major oil companies that operate there, particularly Exxon Mobil, things have improved a trifle, though the corrupt President Teodoro Obiang Nguema remains in power. Now, though, it‚Äôs becoming possible to operate a business on a reasonable basis, provided one accepts that 30% of all funds, including oil profits go straight into the pocket of Nguema. Still, the system of corruption now is more rational and orderly than the previous system that amounted to near-total anarchy.

Chad has dropped down from the list this year as international aid agencies, particularly the World Bank, have sought to come to grips with one of the world‚Äôs most piggish uses of philanthropic funds. Proceeds of a Chad- Cameroon oil pipeline, funded in part by the World Bank and operated by an Exxon Mobil-led consortium, were supposed to have been used to help feed the desperately poor people of both nations. Instead, at least $30 million was diverted to buy arms to keep the government of President Idriss Deby in power. The World Bank was deeply embarrassed by the fiasco, halted funding more than a year ago, but reached an accord with Chad last year. According to officials, the jury‚Äôs still out on how effectively it will be implemented.

Copper in Katanga, and in the rest of the country, gold, uranium and especially coltan, a rare mineral that‚Äôs in every cell phone chip, still drive the corruption that remains rampant in this African nation. The president is the principal recipient of routine payments by the mining companies who apparently are prepared to play the very lucrative payoff game that remains as endemic now as it was back during the regime of one of Africa‚Äôs historically most corrupt leaders, Mobutu Sese-Seko.
2. Sudan

The key event was the switch from a Canadian company that dominated oil drilling in Sudan, the No. 3 oil producer in Africa, to a Chinese company that took over the contract after the Canadians found corruption and an outrageous human rights record was too rife to be able to continue functioning. China is now responsible for 90% of all oil production in Sudan, which also controls oil flow down a large pipeline through southern Sudan to the sea. Chinese officials have declined any comment on the human rights situation, and officials say they are ‚Äúnot too worried about having to pay off the Khartoum government.‚Äù
1. Guinea (Conakry

Guinea has been in a political crisis state for at least three years. Though the current, corrupt president has been in power for 20 years, strong pressure has been building from the public for a change of regime. A public strike that lasted one month finally ended a month ago. There was outright civil strife, obliging the president to appoint a new prime minister. The most controversial, and corrupt, deals surround the mining sector, particularly aluminum. Among foreign businessmen, the general view, according to a survey, was that to do business in Guinea you needed ‚Äúto pay off the guy at the top.‚Äù 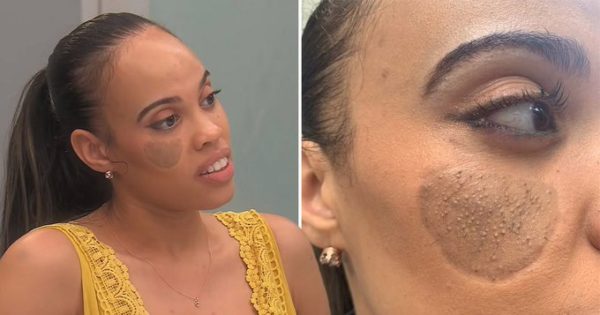 Meet Woman with Pubic Hair on her Face, See what Transpired 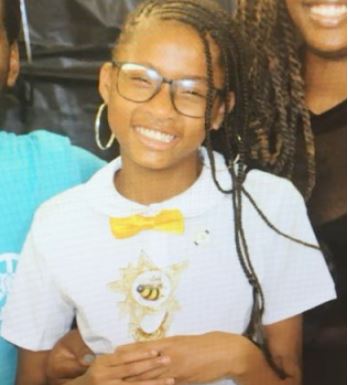 12 Year Old Girl Commits Suicide after being bullied by classmates