Former professional wrestling star Jimmy “Superfly” Snuka was charged Tuesday with third-degree murder and involuntary manslaughter in the death of his mistress more than three decades ago.

Prosecutors in Lehigh County announced the results of a grand jury investigation into the death of Nancy Argentino, 23, of New York.

Snuka, who had been at a World Wrestling Federation taping at the Allentown Fairgrounds, told police shortly after Argentino’s death that he had returned to the couple’s Whitehall Township hotel room to find her unresponsive in bed. She was pronounced dead at a hospital several hours later. 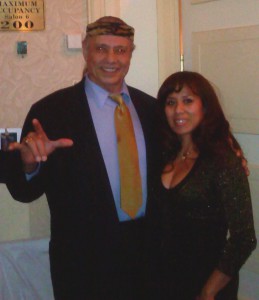 An autopsy determined she died of traumatic brain injuries and had more than three dozen cuts and bruises, and concluded her injuries were consistent with being hit with a stationary object. At the time, forensic pathologist Isidore Mihalakis wrote that the case should be investigated as a homicide until proven otherwise, according to a grand jury report released Tuesday. But the investigation went cold.

A June 2013 investigation by The Morning Call of Allentown raised questions about the case. Lehigh County District Attorney Jim Martin told the paper last year that Argentino’s sisters approached him after the story ran, prompting him to give the case another look.

The grand jury’s report said Snuka had provided more than a half-dozen shifting accounts of Argentino’s injuries, at first telling paramedics he hit her during an argument outside their hotel room and that she struck her head on concrete, then claiming to police she slipped and fell during a bathroom break on their way to the hotel.