Health Hazards of Microwaved Food? Should You Stop Eating It?

What is the difference between Microwaved & Irradiated Foods?

To treat foodstuffs with radiation, they are exposed to a radioactive source, for a set period of time to achieve a desired dose. Radiation may be emitted by a radioactive substance producing Gamma rays, or by X-ray and electron beam accelerators. 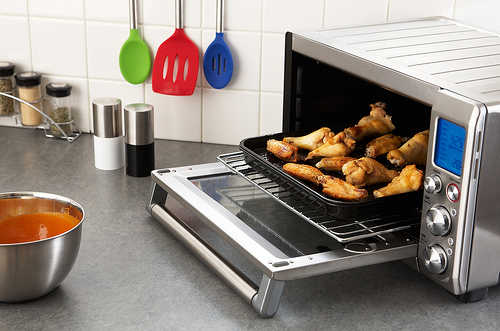 So, is it safe to microwave your food?

Absolutely! Let me first clear the misconception that foods cooked or heated in a microwave oven become “radioactive” or retain microwave energy. They do not! When people say they cause loss of nutrients in food, they forget that boiling causes loss of nutrient too. Some are lost in the boiling water and other through the heat.

I have also seen messages circulated sometimes by email that microwaving food in plastics causes a substance called dioxin to leach into the food. Dioxin is not present is plastic material. It is only produced when plastic is burned. As long as you don’t burn the food in your plastic container in the microwave, you aren’t exposing yourself to dioxins.

According to an article by the World Health Organization (WHO), using a microwave oven to heat your food is as safe as using a conventional oven. Nutrients are both lost in the two methods of cooking/heating.

When used according to manufacturers’ instructions, microwave ovens are safe and convenient for heating and cooking a variety of foods. However, several precautions need to be taken, specifically with regards to potential exposure to microwaves, heat burns and food handling.

Food cooked in a microwave oven is as safe, and has the same nutrient value, as food cooked in a conventional oven. The main difference between these two methods of cooking is that microwave energy penetrates deeper into the food and reduces the time for heat to be conducted throughout the food, thus reducing the overall cooking time.

There are dangers associated with microwave oven, such as exposure to radiation and severe burns. This is why it is always recommended that you close the oven door before you start it; some would not even start heating the food until you close the door.

I have also come across articles that pointed out the presence of compounds such as bisphenol-A (BPA) and phthalates in microwaved food but I believe these have migrated from the plastic materials in which the food was put in during microwaving. I would advise that you use plastic specially made for microwaving of foods. They are labelled as such these day.

Here is one piece of advice I came across sometimes ago and have always believed – If you’re concerned about plastic wraps or containers in the microwave, transfer food to glass or ceramic containers labelled for use in microwave ovens.