Beyoncé and Jay Z separated for a year amid rumors the rapper was having an affair with Rihanna, an explosive new book claims.

The power couple, who started dating in 2000, allegedly split around the time Jay Z scouted then-17-year-old Rihanna in 2005 and managed the launch of her debut single Pon De Replay.

And though the rumors were supposedly spread by PRs to boost Rihanna’s profile, Beyoncé ‘wasn’t sure what to make of the situation’.

It has led many to revisit the notorious elevator spat between Beyoncé’s sister Solange and Jay Z, questioning whether Rihanna really was the root of their dispute.

DailyMail.com has reached out to Beyonce’s publicist for comment on the book, but did not receive an immediate response. 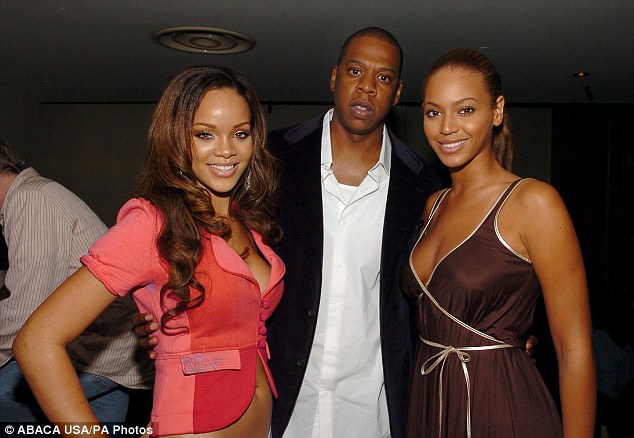 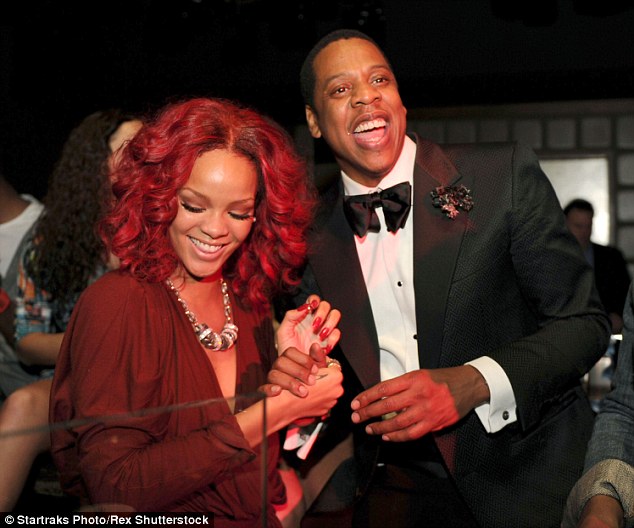 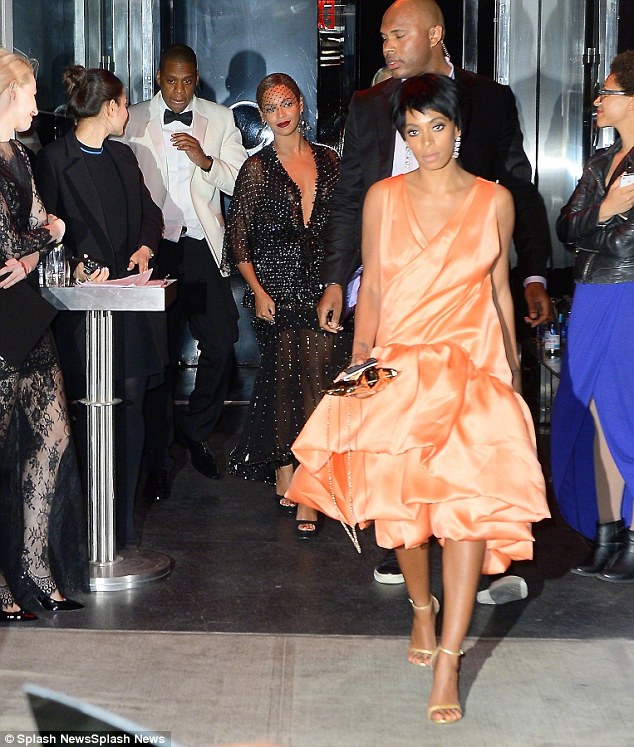 Beyoncé, 34, and Jay Z, 45, are now married with a three-year-old daughter Blue Ivy.

But they have battled through a lot to reach this point, Taraborrelli told Entertainment Tonight on Thursday.

Describing the alleged split, he said: ‘Beyoncé didn’t know what to make of this, and it actually ended up breaking them up for a time.

‘They spent maybe a year apart from each other because Beyoncé just wasn’t sure of what to make of the situation with Rihanna.’

But he adds: ‘It’s safe to say that Rihanna and Beyoncé are friends.’

According to Taraborrelli’s theory, the split would have been around 2005, when Pon De Replay was released. At that time Jay Z was 35, Beyoncé 24, and Rihanna 17.

It would have taken place five years after an 18-year-old Beyoncé appeared on I Got That by Jay Z protegé Amil in 2000, marking the start of her open and very close association with Jay Z.

The pair started dating soon after. They remained under the radar until their 2002 duet, 03 Bonnie & Clyde.

They were pictured together on numerous occasions over the next four years. In 2005 they appeared virtually inseparable, hand-in-hand at every public event they attended. And in January 2006 Beyoncé told Cosmopolitan she had started ‘thinking about what kind of wedding I’d want’.

It is not clear whether Taraborrelli believes the couple were separated at the time of this interview.

He also addressed the notorious spat of May 2014, when Beyoncé’s sister Solange was caught on surveillance camera lashing out at Jay Z in the elevator of New York’s Standard Hotel after the Met Gala. 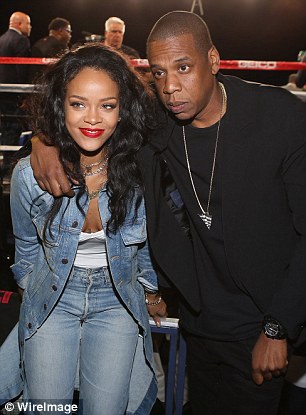 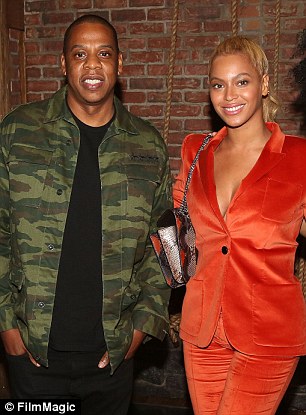 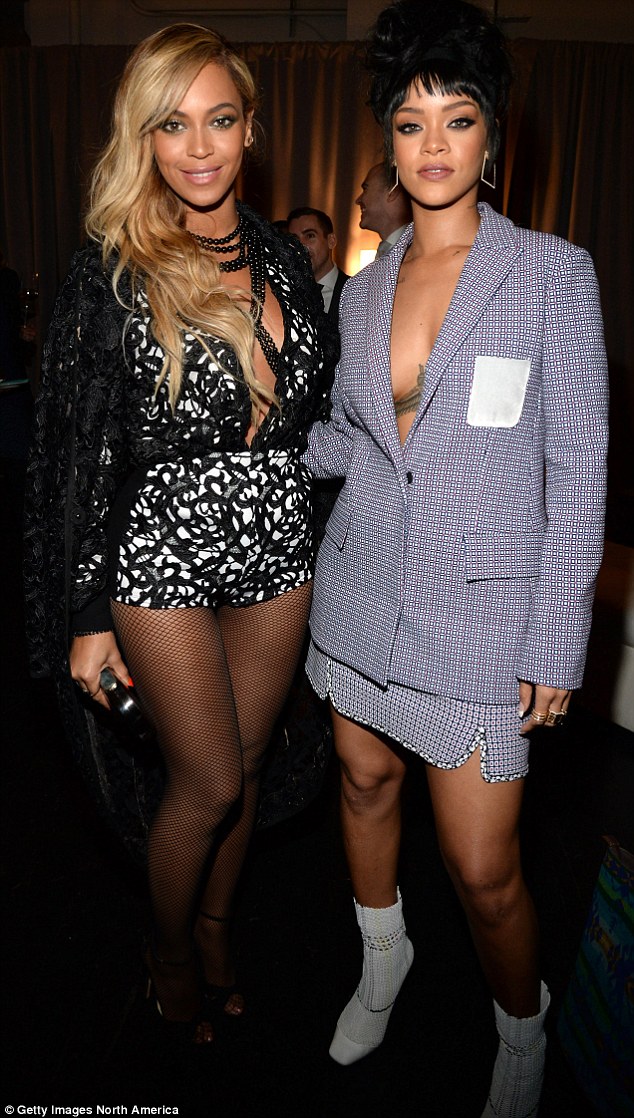 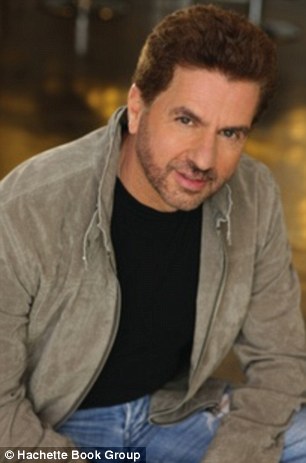 After a surveillance video of the incident made it’s way on the internet without audio, many wondered what caused Beyoncé’s 29-year-old sister to violently attack the 99 Problems rapper.

The author spoke to several individuals who are close to Beyoncé, and claimed he has heard from eyewitnesses that the Drunk In Love singer told Jay he could not attend Rihanna’s after party at the Met Gala.

The author added: ‘I think it’s safe to say the only people who know for sure what happened are Bey, Jay, Solange and the bodyguard who were in the elevator.’

The author also alleges that Beyoncé has anyone looking after her three-year-old daughter Blue Ivy must sign a contract titled ‘Daily Program for Blue Ivy as Per Mrs. Carter.’

Taraborrelli explained: ‘If you are a nanny coming into her household, and you think you are going to just raise Blue Ivy the way you want to, that’s not gonna happen.

‘Beyoncé has sort of an agreement, a structure of how she wants her child to be raised and you have to adhere to this.’

The Single Ladies hitmaker has allegedly only had two boyfriends in her life, Jay Z and Lyndell Locke, who she was in a nine year relationship with.

In the book, Locke spoke fondly of his ex and even said he learned a lot from their relationship as he added: ‘She’s still the first girl I ever kissed at that Brian McKnight concert so long ago, when we were little kids.

‘That stays with you. …I guess it’s true what they say: You don’t forget your first love.’

Becoming Beyoncé: The Untold Story is set for release next week on October 27. 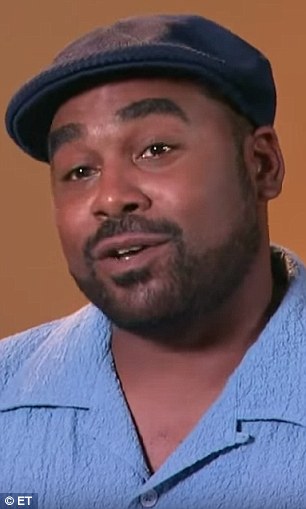 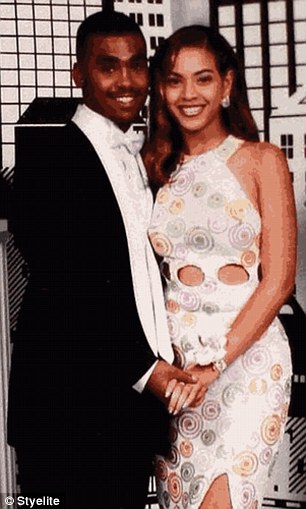 The mother-of-one did receive some good news on Thursday as she had a victory in court over one of her hit tracks titled XO released in 2013.

A relatively unknown singer named Ahmad Javon Lane accused the 7/11 hitmaker of copying his tune titled XOXO as the judge ruled that the songs were not very much alike in terms of musically, lyrically or even thematically and the case was ultimately tossed out, according to a Thursday report from TMZ.

The gossip site notes that the ruling party had explained Lane’s song was ‘explicitly sexual,’ while Beyoncé’s was more gentle with more romantic symbolism. 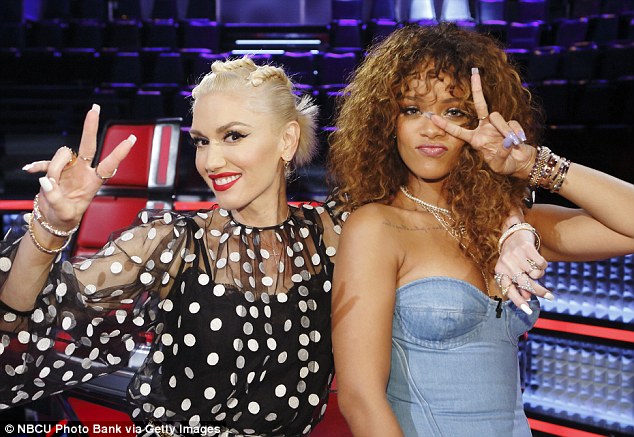 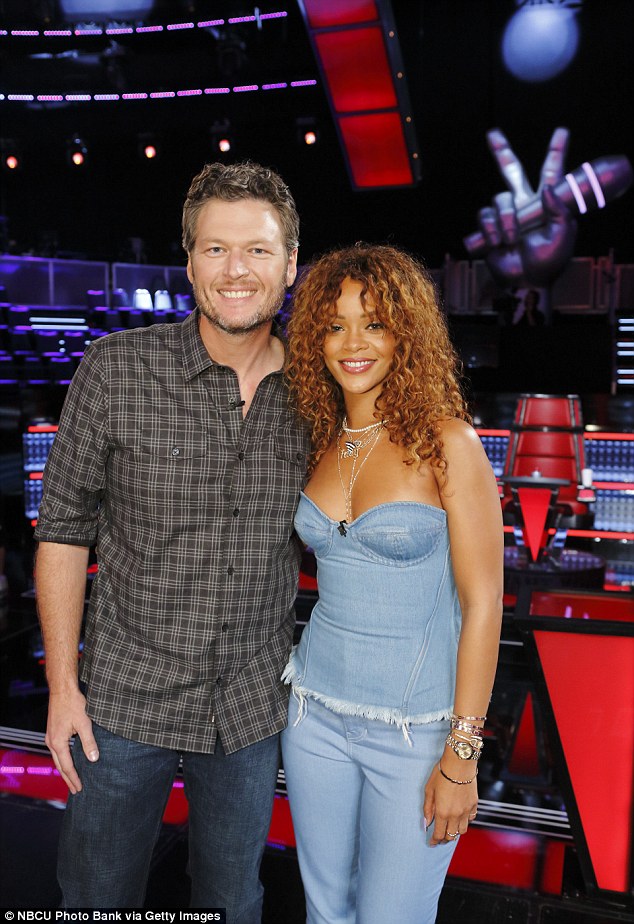