They may have become to the go-to fashion accessory for men, but those with beards are more likely to be sexist, get into fights, cheat on their partners and steal, two new studies have revealed.

The first of the two surveys, which involved 500 men aged between 18 and 72 from India and the US, studied men with nine facial hairstyles varying in length – from light stubble to a heavy beard.

The group was asked to pick one that best matched their own facial hair and were then asked to agree or disagree with a series of statements about gender roles. 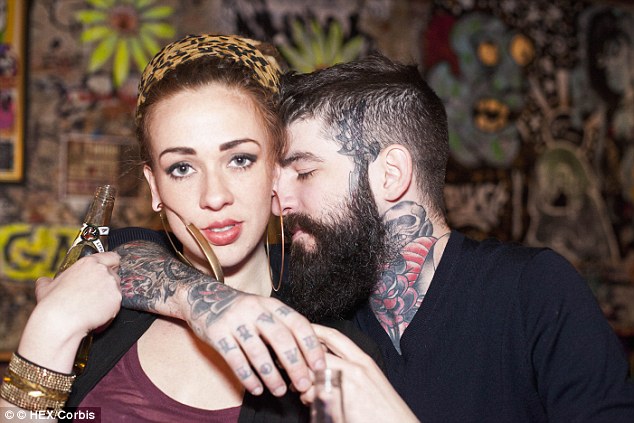 Lecherous: Men with beards are more likely to be sexist, get into fights and cheat on their partners 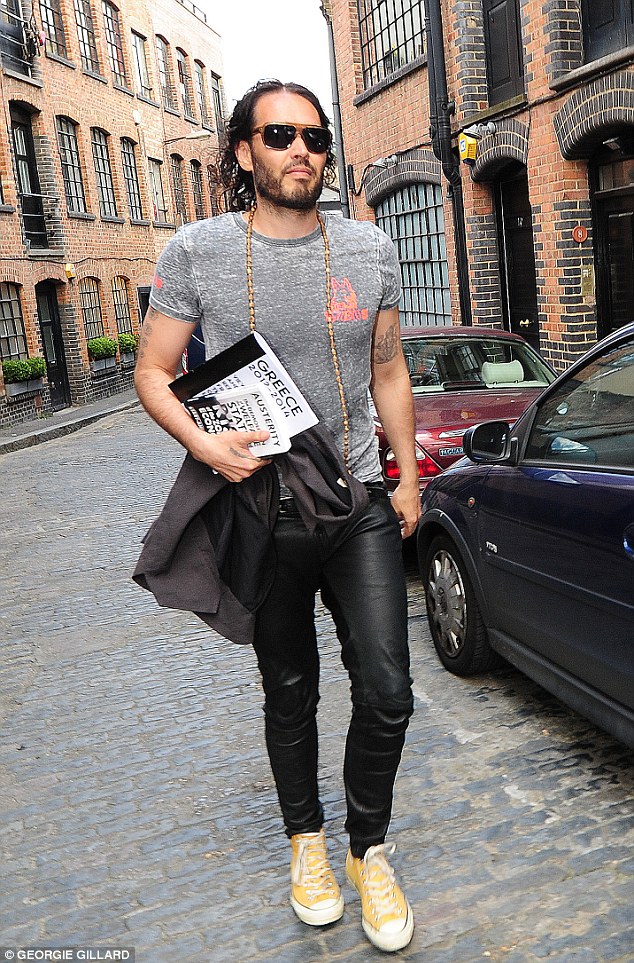 The results revealed that 86 per cent of Indian men and 65 per cent of American men had facial hair, and those with beards of any length agreed more with hostile sexist statements than men without any facial hair.

In terms of the study, hostile sexism means agreeing with openly negative beliefs about women.

Benevolent sexism refers to those with outwardly positive, but still damaging beliefs about women. This might show itself in the form of of presuming that women are by their very nature ‘kinder’ or better at cooking.

The study, conducted by Qualtrics, an online survey software provider for businesses and academics, concluded: ‘Our research suggests that there is a link between beards and gender role beliefs, but it’s not apparent what causes this association. 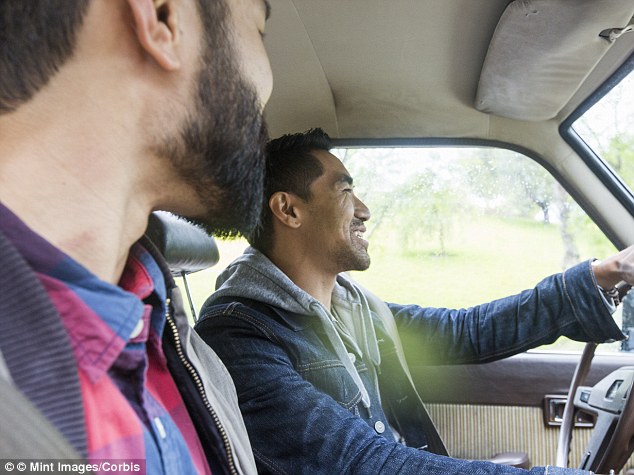 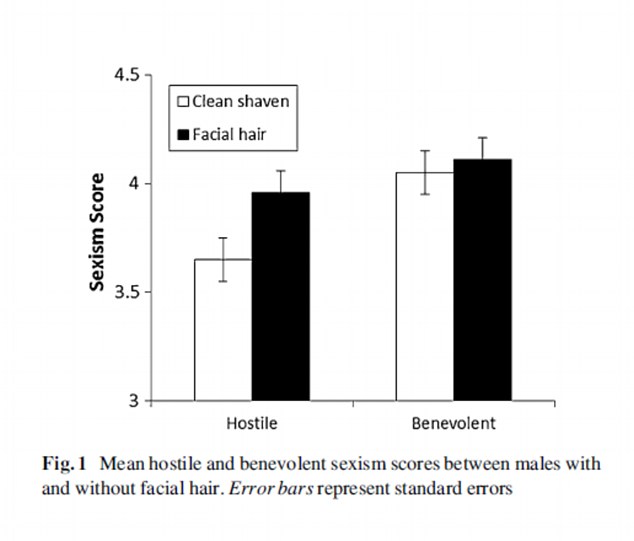 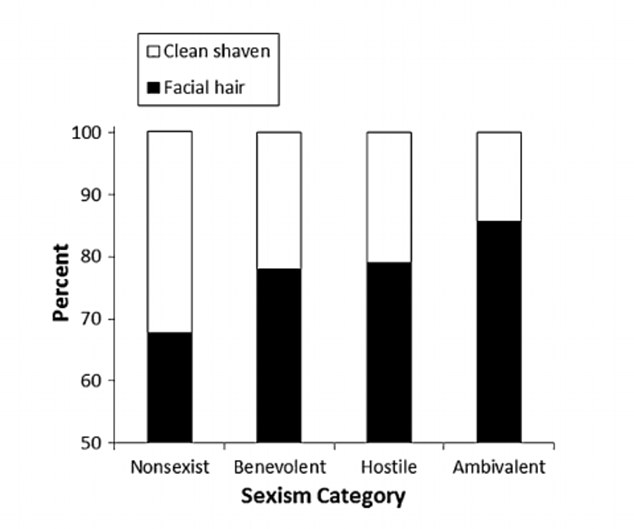 FACIAL HAIR IS RIDDLED WITH BACTERIA WHICH MAY SPREAD GERMS AND TRIGGER INFECTIONS, EXPERTS CLAIM 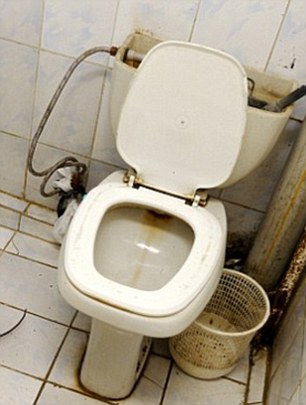 Beards can harbour more germs than a toilet

Experts have warned that beards are nothing more than a ‘bacterial sponge’, riddled with thousands of bacteria – and a perfect way to pass on germs.

Carol Walker, a consultant trichologist from the Birmingham Trichology Centre, said having facial hair can lead to more frequent skin infections and to germs being passed on to others.

Beards harbour more germs because facial hair is courser than other hair, so traps dirt and germs more easily, she explained.

She told MailOnline: ‘Beard hair; it’s courser. It has the shape of a bayonet, a round, convexed bottom and then comes up the side to a point.

‘It becomes curly and smooth, it tends to have more bends and kinks which trap dirt.

‘The cuticles on the hair – which are like layers of tiles on a roof – trap the germs and grease.

‘Hair around nostrils and mouth is well-placed to harbour bacteria.

She added that people have a habit of over-handling their beards, meaning they can spread bacteria to their mouths.

She said: ‘If their hands are dirty, they transfer dirt from their hands on to their face and mouths.

‘If someone eating dairy products it can get stuck in their beard and become a bit rancid.

‘There can be a lot of Stepholococci [a group of bacteria that can cause illness] if someone’s got a cold.’

She has noticed people developing skin conditions due to their facial hair.

She said: ‘Some people get skin infections, caused if they have a lot of scale build up or eczema from the bacteria in their beard.

‘If someone has a cold, a runny nose it can trickle down and be trapped in the nose, beards. Food drink can dribble down too.’

‘It’s possible that men with more negative attitudes towards women are more likely to choose to wear facial hair because it accentuates their apparent masculinity and dominance.’

A separate piece of research revealed that men who have facial hair are more likely to cheat on their partner, steal or get into fights.

The survey of 2,000 people by video network Eva and Censuswide found that 47 percent of men with beard had cheated on their partner, compared to 20 per cent clean-shaven men.

The study revealed that 45 per cent of men with facial hair regularly got into fights compared to 29 per cent of those with no beard.

It also found that 40 per cent of men with facial hair admitted to having stolen something compared to just 17 percent of non-bearded men.