Christian Health Association of Malawi (CHAM) says the government of Malawi is failing to settle a debt of MK400 million it owes the hospitals.

CHAM chairman Father Peter Mulomole made the revelations on Wednesday during the official opening of organizations annual general meeting.

Mulomole said the development is greatly affecting the organisations in terms of service delivery especially in rural areas.

Mulomole said there was an agreement, especially where there are no public hospitals to let people use some services at CHAM hospitals like maternity services for free so that the government could pay to CHAM what is known as user fees.

According to Mulomole, the debt dates back from 2013.

Responding to the claims, Minister of Health Dr. Pet 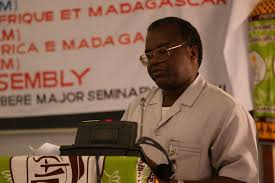 “The Norwegian government is helping us pay these arrears. They will give us money, everything will be fine,” he said.

Meanwhile it is not known as to when the government will start settling the debt as soon may mean soon.

A wife of a cheating husband has had the...

Wonders shall never end, a Kenyan man shocked his...