Two people died in a road accident along the M1 road in Dedza on Saturday night, in which one of the victims was a one year old girl.

Deputy Police Publicist in Dedza, Cassim Manda said the accident occurred at around 10pm when the driver of a Toyota Hiace registration number KK4265, Dalitso Kamanga, tried to control the vehicle but to no avail.

He explained that the vehicle swayed to the left side of the road and hit a pedestrian and apparently swayed the other direction colliding with another vehicle.

ŌĆ£Due to the collision, the driverŌĆÖs year old daughter, who was also in the minibus sustained head injuries. The child alongside the pedestrian was taken to Dedza District Hospital where they were pronounced dead upon arrival,ŌĆØ explains Manda.

According to police findings, it is reported that the driver was in a drunken state at the time of the incident.

ŌĆ£Kamanga is now in police custody and will answer charges of driving while drunk and being the cause of death.ŌĆØ confirms Manda

Kamanga hails from Mpiko village in the area of Traditional Authority Wimbe in Kasungu.

Police continue to warn all drivers against driving under the influence of alcohol. 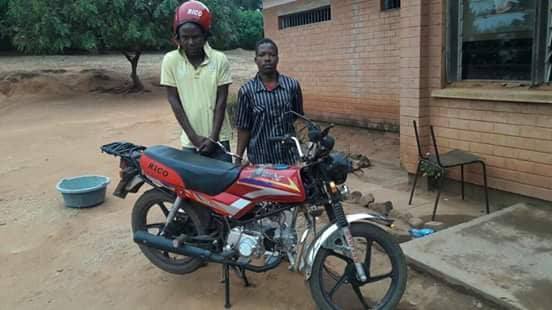 END OF THE WAR: FIONA KALEMBA SWORN AS NEW CLERK OF PARLIAMENT

What does DDD stands for?