Police in Lilongwe have arrested a woman in Chinsapo for keeping a 13 year old girl in her house for nine months without the consent and knowledge of her legal guardian.

According to District Labour Officer for Lilongwe, Chiletso Mbewe who alerted the police about the issue, 32 year old Lucy Maganga who stays in Chinsapo 2 Township in Lilongwe took the girl from Area 36 with the help of a Maggie Nyirenda on 5 November 2015 after promising her employment without the consent of her guardian.

The issue was reported to Area 36 Police unit by the girlŌĆÖs 21 year old sister Anastasia Mbalame who had successfully traced the girl in Chinsapo 2 with the help of well wishers.

ŌĆ£The issue was indeed referred to my office by Area 36 Police unit as a complaint of non payment of wages. Maganga has been ordered to pay the girl K168, 138.09 as unpaid wages before 2 September 2016.

ŌĆ£The case has also been referred to Lilongwe Police to investigate child trafficking since there are elements of human trafficking,ŌĆØ said Mbewe.

ŌĆ£Our investigations show that the girl disappeared on 5 November last year and the issue was reported to Area 36 and Kaphiri police units.

ŌĆ£I can confirm that Maganga, a business woman who comes from Traditional Authority Timbili has been arrested and charged with child trafficking. Nyirenda is however, on the run. We are still investigating the issue to ensure that justice is done,ŌĆØ said Dandaula.Mana 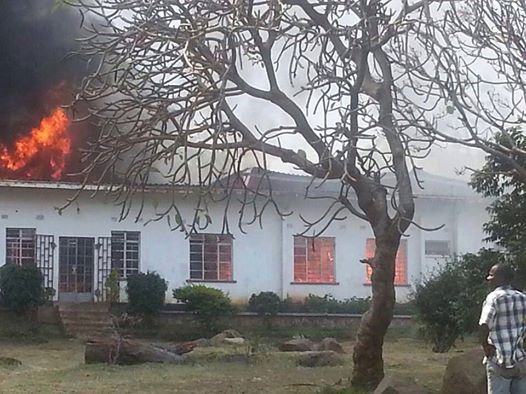 Wife Pins Husband Down, Strangles him to Death after a Quarrel