The arguments on the importance of sex robots seem to be winning as scientists believe that could even surpass human technique, to become better lovers. 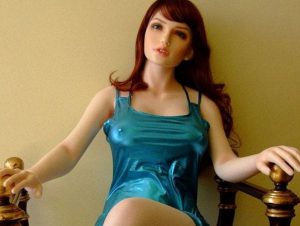 According to Dr John Danaher, a lecturer in business at NUI Galway believes that sex robots could be a good substitute for human prostitutes.

‘The cyborgs can cater for desire for sexual variety, freedom from constraint and complication and fear of lack of sexual success.

“Technology may become better at developing emotional bonds with their clients.

“They won’t need to ‘fake it’ the same way as human prostitutes.”

One of the modern scientists, Joel Snell, a robotics expert from Kirkwood College in Iowa, also disclosed the sex robots are better than humans.

“Robotic sex may become addictive and would always be available and could never say no, so addictions would be easy to feed.

“People will rearrange their lives to accommodate their addictions.

“Because they would be programmable, sex robots would meet each individual user’s needs,” said Snell.

While the idea of robots taking over the bedroom could sound daunting, a sex therapist has suggested that it could be healthy for our sex lives.

Gurpreet Singh, a sex therapist from Relate backed the development too: ‘Who are we to judge people who want to have sex with robots?

“Let people enjoy sex robots – they will work in the same way couples introduce a toy into a sexual relationship. And if both parties are agreed, I see nothing wrong.”

However, Mr Singh warned that it would not be healthy for robots to replace humans entirely.

He added: “It takes on a whole different meaning if sex robots are used because of a fear of intimacy or because a person wants to be isolated.

“Then the addiction needs to be addressed.”

Godsgift Uweghwerhen, a 25-year-old man, has been accused of...

There are many reasons your s3x life may have...
FaceofMalawiNEWS