On January 28, 2017, the paper carried a story titled “The Defiant Chaponda” and in the story the paper twisted the facts to suite the train of events regarding the Zambia maize-gate where Chaponda is being accused of having hand in the procurement process.

The paper reported that Chaponda deliberately snubbed the committee without reasons despite him (Chaponda) telling the paper that the invitation reached him late and there was communication break-down between the two parties.

“The title of your article is defamatory in nature which in simple terms means “ to offer resistance to something or challenge something,” reads in part the court documents seen by FaceofMalawi reporter dated January 30, 2017. 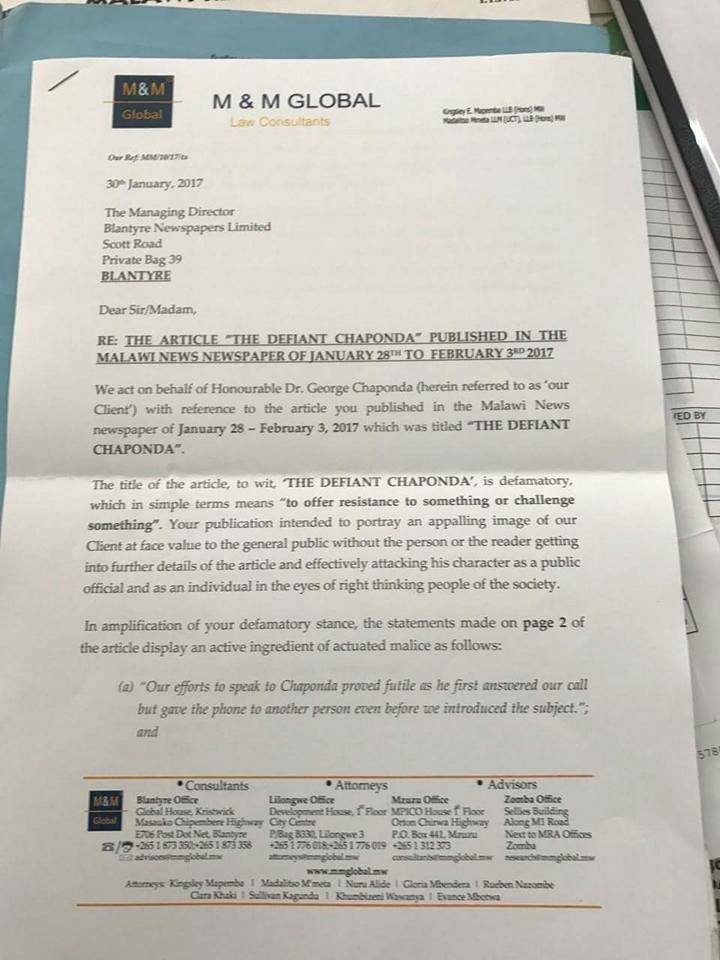 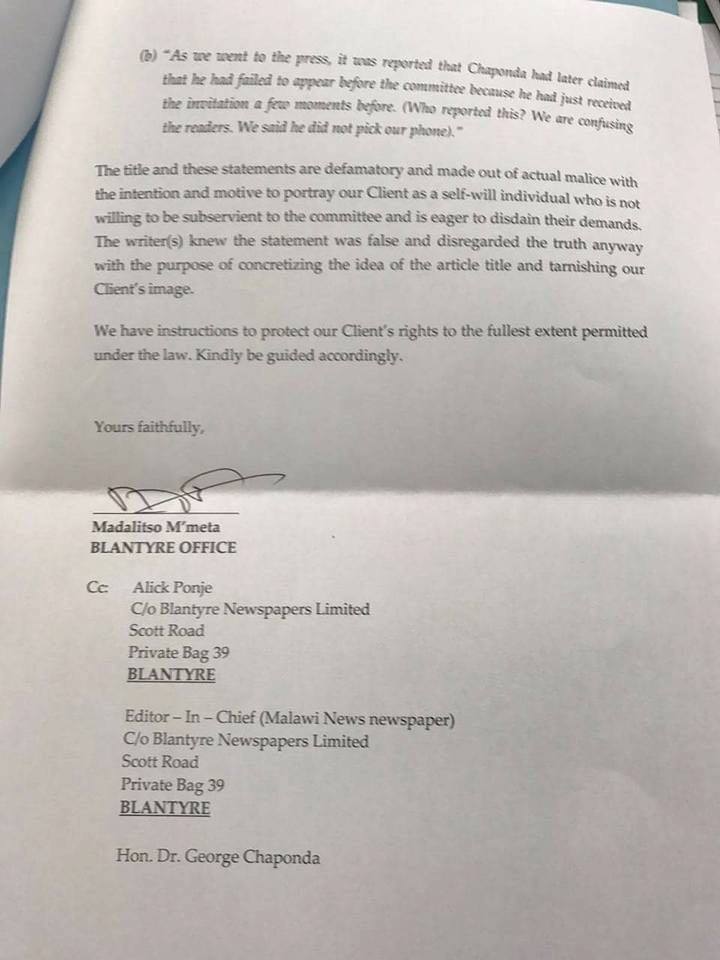 (Visited 49 times, 1 visits today)
Previous articleMen Reveals What They Think About When Having Sex
Next articleWhy You Should Date An African Guy

The social media has been flooded with a story...

Bill Gates has warned about future pandemics that could...

Yulia Minina, a woman who lives in the Russian...
FaceofMalawiNEWS