Forget the crooks who engage in illegal enterprises such as pick pocketing and others who rob people along dark paths at knife or gun point.There are some strange jobs Malawians are doing to feed their families that would shock you.

We have young men who fill up unoccupied minibus to create an impression the vehicle is full and just about to leave the stage.

You probably hear “oyitanira minibus” shout, ‚Äúawili achangu…awili achangu …(Meaning to say the only available space is for the last two who are in a hurry)‚Äù, only for you to get into the minibus and see some ‚Äòguys‚Äô disembark one by one.

Well, those are not real passengers, but minibus timing guys who get paid for that.

It is said that they make Mk50 each time they ‚Äòfill‚Äô a minibus.

“In the morning hours, I can sit in ten minibuses,” says Chipiliro, who plays his trade in Limbe township and makes approximately Mk2500 each day. He says business starts booming around midday when there are hardly any passengers.

‚ÄúWe become very instrumental around 10 o‚Äôclock to midday because there are very few people going to town around that time. Most drivers and touts become desperate for passengers around that time,‚Äù says Chipiliro, who is married and a father of one.

Strange as it may sound, Chipiliro, just like any serious Malawian, wakes up as early as 6 o‚Äôclock and reports at the bus stop.

In urban Lilongwe, if you have a small well to do family and you both have a plan to travel for a while, they now have bureaus which not only hire out house helps, but temporary house sitters.

These individuals are hired out, not to cook or clean in clients‚Äô houses. All they do is laze around, eat, entertain themselves with music and TV and keep the house in ‚Äòoccupied mode‚Äô when the rich owners are away.

This is aimed at warding off crooks who target unoccupied homes or anyone with ill intentions, including neighbours.

Malawians will stop at nothing to make their daily bread. Take for instance, what my colleague experienced during the time he was in queue in Blantyre town somewhere. Read his story;

‚ÄúJust when I expressed by disappointment over the long, slow queue, I immediately got approached by a gentleman who was just hovering around, asking to hold the line for me at a fee as I went to run errands in town.

‚ÄúI thought it was a big joke, but it turned out to be real. We exchanged numbers and as I was handling my other businesses, he kept updating me how short the queue was getting. I gave him Mk300 after I returned almost over three hours later,‚Äù witnessed the guy.

If you thought getting to ‚Äòwork‚Äô naked is a preserve of night runners, think again. Our cities are now littered with young women who dance naked to make ends meet.

If you are the conservative type, a venture at Lilongwe`s devil street at night you will offer shocking revelations.

Besides prostitutes, there is a group of women whose job is to go round night clubs dancing in their birthday suits. ‚ÄúI strip-dance at close to three clubs every night from Wednesday to Sunday,‚Äù says a woman who only identifies herself as Miss Babes.

She says besides a retainer fee of Mk500 per night she gets from some of the clubs, she offers lap dances to party-goes ranging from Mk250 to Mk1000 each.

‚ÄúA lap dance can last between ten minutes to half an hour, depending on the client‚Äôs choice and pay. Some will buy you drinks and ask you to keep them company for hours,‚Äù she says.

She says their core business is to dance naked, but once in a while some clients normally demand more than that.

‚ÄúSometimes, we offer more than dancing in the nude, but that costs an arm and a leg, between Mk1,000 to Mk5,000 depending on the client,‚Äù says the stripper, who claims to be a single mum and makes so much money that she affords a house girl who takes care of her kid when she is working at night.

She said her regular interaction with men has seen her get invited to exclusive high-end parties to dance naked, obviously, at a fee. On getting embarrassed for dancing naked, she feels nothing.

‚ÄúIt‚Äôs just a job like any other. The way some people chose to be secretaries, nurses or gangsters, I chose dancing in my birthday suit,‚Äù she said.

In some parts of the country, to have a heroic send off for your dead kin, he or she need not to be a ‚Äògreat‚Äô or ‚Äòimportant‚Äô person, because professional mourners are always a call away.

At a fee, these individuals will offer deafening wails, repeated hysterical sobs and blow whistles, giving the funeral the heroic status.

Like real mourners, female professional mourners behave as though they have been overcome by emotions and break into dirges, writhe on the ground as if in pain for the loss, cursing the devil and grim reaper.

Their male counter parts, on the other hand, run all over with twigs, wailing like lunatics, with others hang on overloaded vehicles as they shout and honk. 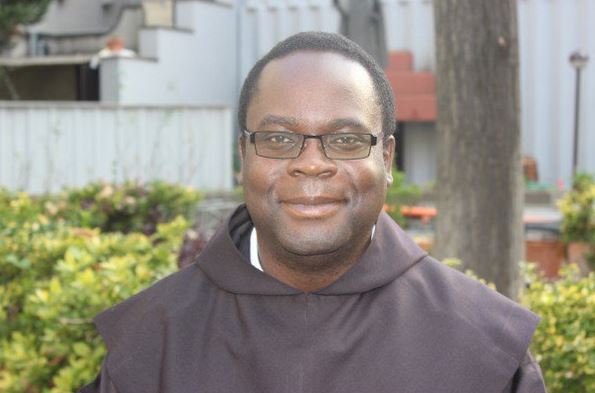