Teenage Used to be raped by dozens of Police Officers compensated

A teenage prostitute  has been given compensation after she was used for s*x by as many as dozens of policemen. 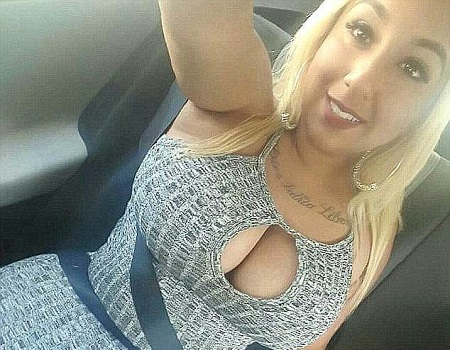 According to Metro UK, Jasmin Abuslin, a police dispatcher’s daughter, said she had sex with around 24 officers while working as a prostitute called Celeste Gaup.

She said that many of them had paid for sex in the city of Oakland, California.

When she threatened to expose one officer, Brendan O’Brien, he took his own life. However, she shared information about her encounters and that led to several officers lost their jobs from various law enforcement agencies.

She took the case to court demanding a $66million (£52million) payout, but the court awarded her a fraction of that.

Rebecca Caplan, Oakland councilwoman, said: ‘It is time to pay the settlement agreement to let this young woman get on with her life and her healing, but also for Oakland to step up and change the culture in the police department and change how we recruit and train our officers.’

The case came to light in 2015 following officer O’Brien’s suicide after he left a note saying that others were involved.

Officers paid for a hotel room for Abuslin – who no longer works as a prostitute – to work out of, acting out pimps and telling her what she should wear.

They also told her where police were monitoring prostitutes so that she could avoid them and one officer had sex with her in his patrol car.

Her lawyer, John Burris, described her treatment as being similar to ‘modern day slavery.’

He added: ‘The settlement occurred with no admission of liability, but obviously if you pay $1million, you figure you got some responsibility.’

The High Court in Blantyre has directed that the...

Libya is likely to conduct its general elections in...
FaceofMalawiNEWS