They were raped by police, criminal gangs because of politics in Kenya

October 31, 2017
Misfortunes seem to follow Beatrice whenever elections are held and if whatever the 54-year-old has undergone is indeed true, then the grandmother is the epitome of resilience. 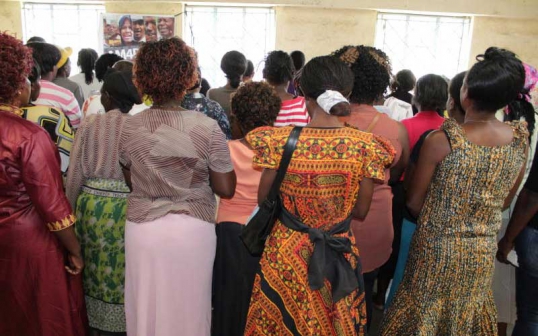 During the elections in 2007, 2013 and this year, Beatrice says she was brutalised by police officers deployed to quell skirmishes in Dandora, the only place she calls home.

Beatrice was reportedly raped on two occasions, and lost a husband and grandson. The husband was allegedly sodomised by police officers who shot him dead while the grandson was butchered by a marauding mob that set ablaze part of her house.

And if that was not enough pain inflicted on her family, Beatrice’s younger siblings were also raped in an ordeal that sounds like something out of a horror movie.

Her first barbaric encounter with the cops was after the 2007 disputed presidential elections pitting Mwai Kibaki gainst ODM leader Raila Odinga- when unprecedented skirmishes erupted in many parts of the country, forcing police and military to intervene.

Beatrice says that she and her husband were in the Phase IV house they built together, when anti-riot police broke in, raped her, sodomised the husband and then killed him.

The cycle of pain recurred in 2013 after President Uhuru Kenyatta was declared winner. There were pockets of violence and Dandora, where a heavy police presence was deployed, was not spared.

Beatrice by then had crossed over to neighbouring Uganda for a business trip. Some of the rowdy youth strayed into her house, raped her two sisters and butchered her grandson who tried to resist. The armed mob then set the house on fire.

“It happened this year again after elections when police officers broke into the house and demanded money. After ransacking the house and finding nothing, they raped me in turns leaving me for dead,” she alleges.

Beatrice is not alone. She is among dozens of women who for the first time, opened up at a post-trauma forum, pouring out their hearts at an event organised by AM4PEACE and held at Dandora Social Hall.