A young man who wanted to get large arms without having to necessarily work out for it, has ended up injecting himself with liters of synthetic oil. 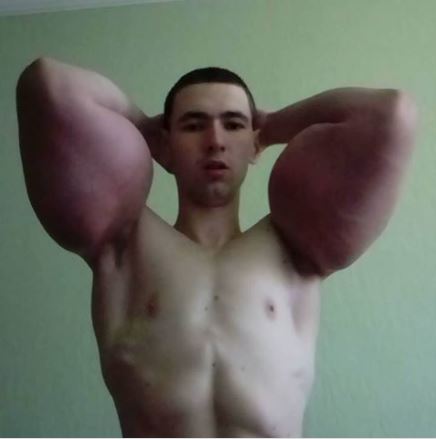 Kirill Tereshin, a 21-year-old bodybuilding enthusiast from Russia, decided that getting huge arms the old fashioned way ŌĆō weightlifting and a protein-rich diet ŌĆō was too hard and time-consuming, so he cut a few corners by injecting his arms with liters of synthetic oil known as ŌĆ£syntholŌĆØ, Oddity Central reports.

Like most synthol users, Tereshin started by injecting small quantities of oil directly into his muscles, but quickly realized that in order to keep his biceps and triceps looking huge, he needed to increase the quantity significantly and inject it regularly. He first injected 250 ml of synthol into his arms, but that only made his muscles grow by 1 inch. He wasnŌĆÖt too happy with that, so now he claims to inject liters of the stuff to keep his arms looking massive. The problem is that the rest of his body is having trouble keeping up. 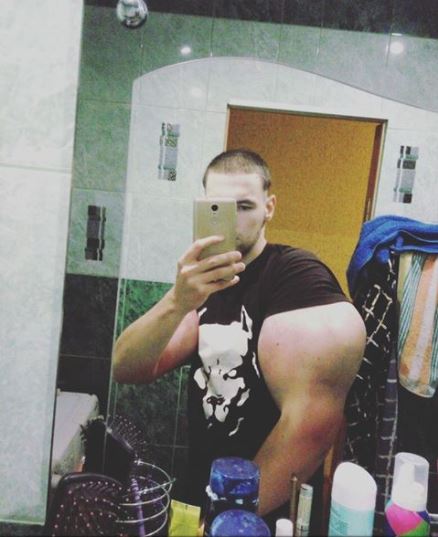 As you can see in the pictures he proudly shares with his over 35.000 Instagram followers, KirillŌĆÖs bulging upper arms donŌĆÖt really fit the rest of his body. He apparently doesnŌĆÖt care about that too much, as all he wants is to have huge biceps and triceps.

Despite the criticism he receives on a daily basis, he claims that he is not going to stop injecting his arms with synthol, and hopes to one day break some bodybuilding records.

While itŌĆÖs true that bodybuilders do sometimes use synthol, they only inject small quantities to slightly enhance the look of their muscles before a competition. Tereshin, on the other hand, barely has any muscles at all. He started injecting synthol this past summer, after getting released from the army, and reportedly increased the size of his biceps by 10 inches in 10 days. It wasnŌĆÖt a painless affair, though, as he himself admits: 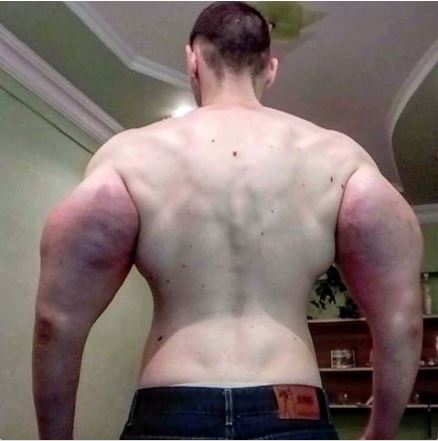 ŌĆ£In order to reach such a size, you need to inject litres into your arms. ŌĆśI was doing it and getting a fever of up to 40 degrees, I was lying in bed, feeling like I was dying, but then it all turned out fine.ŌĆØ

Fine is not exactly the word I would use to describe the state of his upper arms right now. His muscles are visibly inflamed, his skin has cracked from all the tension and the synthol-filled areas of his arms are now a different color than the rest of his body. ThatŌĆÖs not fine. But disfigurement should be the least of KirillŌĆÖs worries. Doctors warn that injecting synthol can cause pulmonary embolisms, nerve damage, infections, sclerosing lipogranuloma, stroke and oil-filled cysts or ulcers in the muscle.

Muscle scarring also occurs over time, and this increases the risk of infection, permanent disfigurement and even necrosis. Yet despite all these risks, synthol remains very popular among bodybuilders looking for a shortcut.

A couple of years ago we wrote about Romario Dos Santos Alves, from Brazil, who injected his body with a combination of synthol and alcohol with some horrifying consequences. 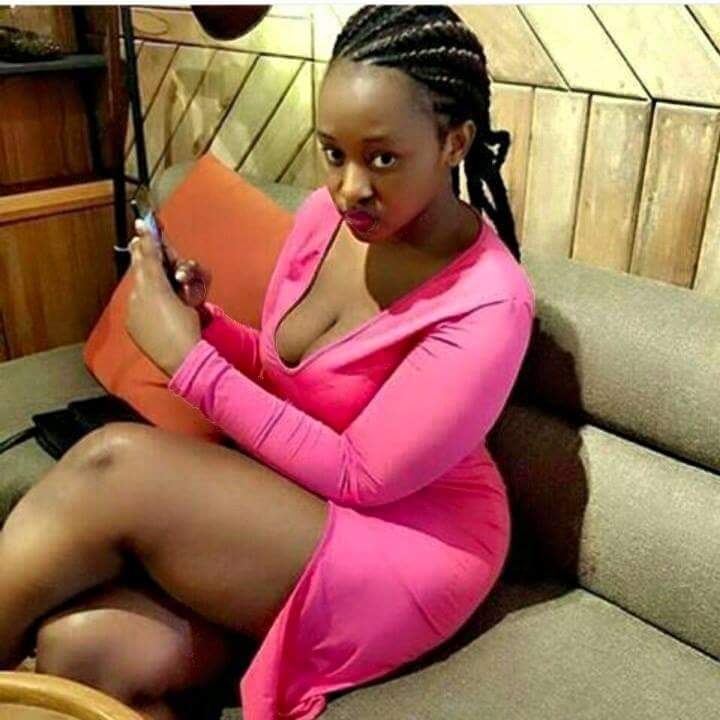 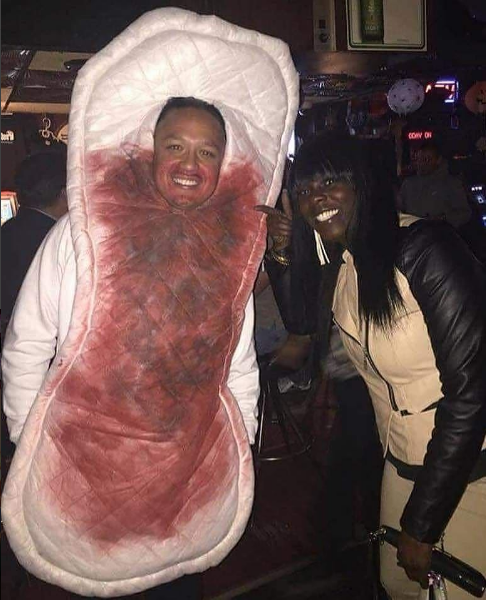 Man Dressed up as a Used Sanitary Pad for Halloween, What is Halloween?