A court in in Dedza has ordered a 28-year old man to pay a fine of K50, 000 or spend 12-months behind bars for following his biological mother at bathroom.

The accused has been identified as Duncan Chimpeni who is the fourth born son in the family.

Police prosecutor, Constable Dennis Beyadi told the court that on 21 November, the accused and his 53-year-old mother Mrs. Rose Chimpeni had a quarrel.

The accused then followed her mother to a bathroom where she was bathing. While there, he insulted his mother and also whipped her.

Then she fled from the bathroom naked into her house for safety.

In court, the accused was charged with insulting the modest of a woman.

After being found guilty, he was ordered to pay a fine of K50, 000 in default to 12-months in prison.

The K30, 000 from the K50, 000 was instructed to be given to the victim of the case who is the convict`s biological mother, Mrs. Chimpeni.

Duncan Chimpeni hails from Kalembere village in the area of Traditional Authority Kaphuka in Dedza district. 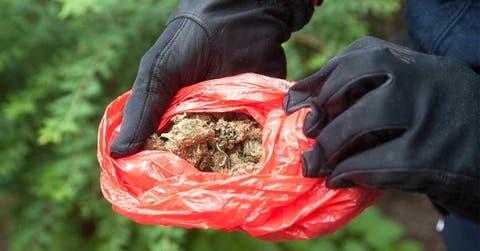 Police In India Seized 160 kg Of Marijuana, Reported 1 kg And Sold The Rest