Gadaffi`s family spokesman, Basem Hashimi Soul has revealed about the news days after the Libyan government of National Accord`s foreign minister announced that the presidential election might be held in mid-2018. 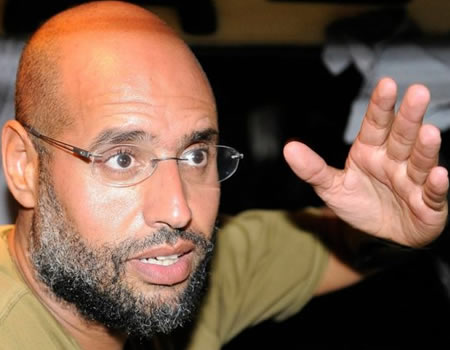 “Saif will soon announce the nomination [of his own candidacy] for the election in Libya, this is already a settled issue, no discussions about this are being conducted.

“He will announce this on TV and all the media. He will decide on the date of the announcement in the next few days,” Soul said.

The civil war’s aftermath and proliferation of armed groups led to violence and instability across the country, which erupted into renewed civil war in 2014.
The ongoing crisis in Libya has so far resulted in tens of thousands of casualties since the onset of violence in early 2011.
Subscribe to our Youtube Channel: