It is trending on social media, the justice is sought after a man was thrown into a trash can in disgust by two women he tried to make a move on. 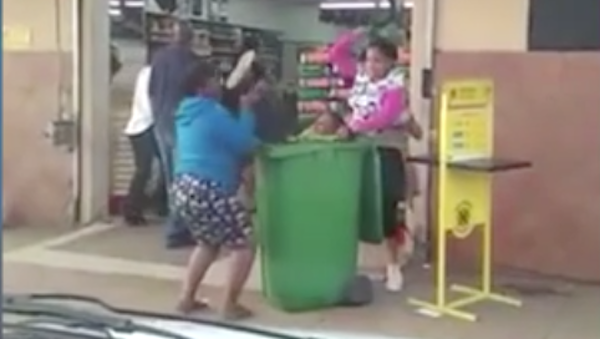 The hilarious scene was caught on camera by a witness in a nearby car and shows one of the women literally folding the man up while the other holds the bin lid open.
After stuffing him inside the green refuse carrier, the poor man’s legs can be seen dangling out the top.
Even so, it does not stop the women from slamming the lid shut on his head and pushing it to the ground. 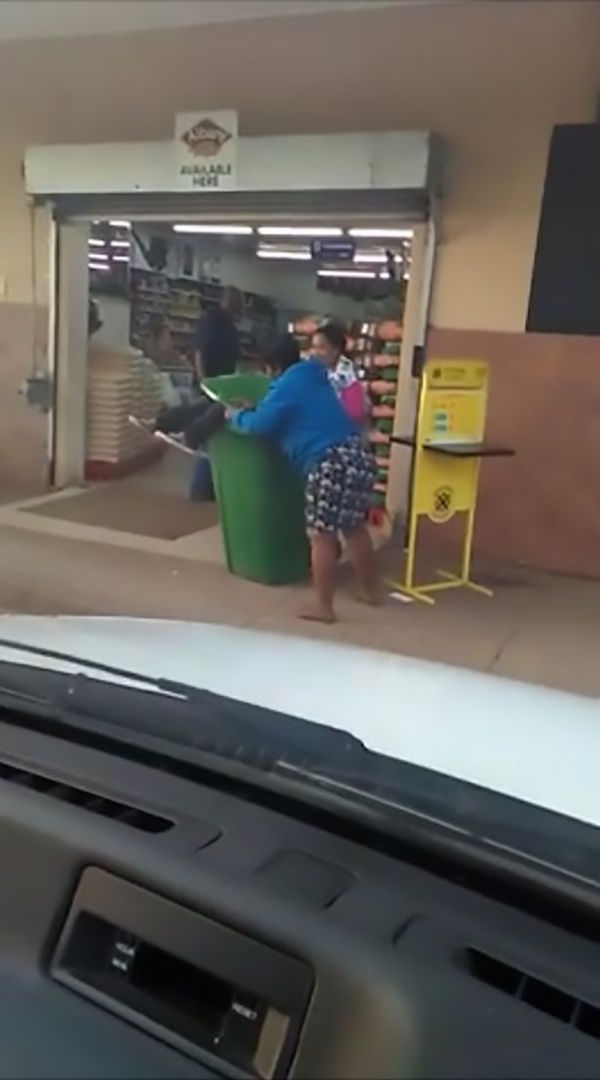 It is thought the man had approached the two women outside a supermarket in the city of Pretoria, one of South Africa’s three capital cities.
He reportedly made indecent suggestions before trying to touch them – much to the women’s disgust.
Realising the duo were prepared to stand up for themselves he tried to run off.
And while one of them chased after the failing Romeo the other stood guard with their bags before grabbing a nearby wheelie bin.
When the woman caught up, she grabbed hold of the man and hauled him back to where her friend was waiting.
The man, wearing a hi-vis jacket, got a harsh dressing down – but not in the way he had hoped.
It is then believed the pair slapped him around the head and told him: “Never try that sh*t again. 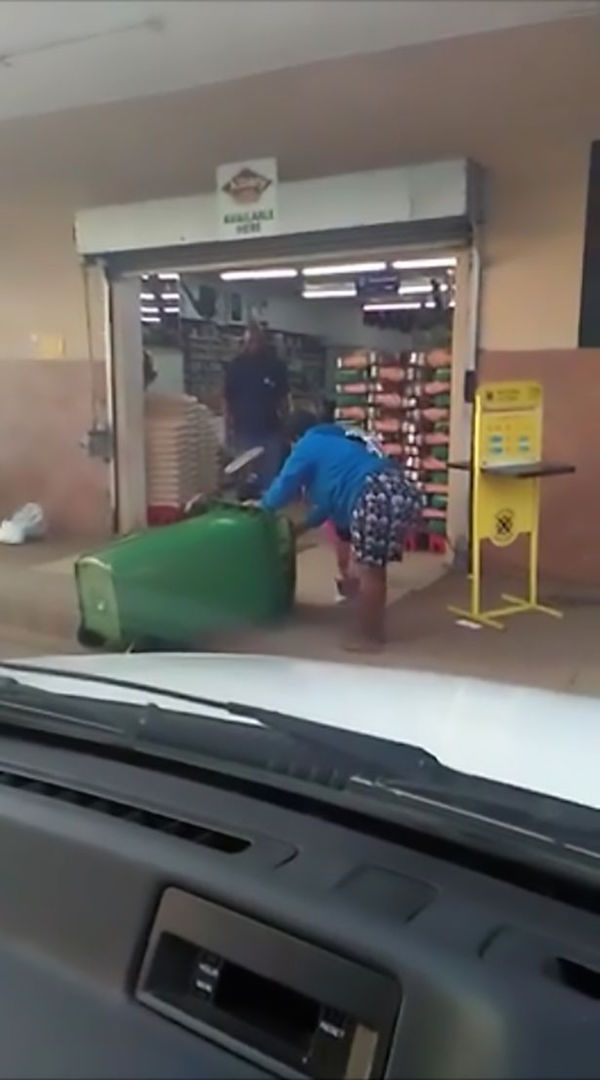 “We are tired of men like you.”
They then picked him up and threw him headfirst into the bin.
The unnamed women told onlookers they had wanted to teach him a lesson so he would not behave that way towards women in the future.
The man, who is also unknown, eventually managed to scramble free and sheepishly walked off.
Bet he didn’t have this in mind when he wanted things to get physical.
-Mirror
Subscribe to our Youtube Channel: