A speeding car has reportedly run straight into a crowd at a popular beach in Brazil leaving a baby dead and other persons injured. 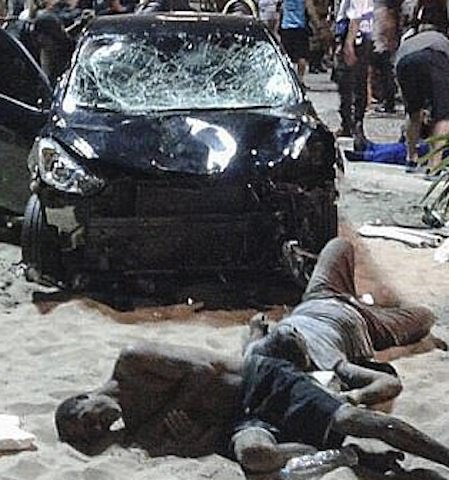 A little baby has ended up dead and at least 15 people injured after a speeding car ploughed straight into a packed pedestrian area of Rio’s famous Copacabana beach in Brazil. 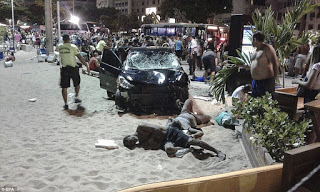 According to EuroNews, as victims lay sprawled on the pavement after Thursday’s crash, thoughts turned to terror attacks involving out-of-control vehicles around the world.

But reports say the driver told police he had had an epileptic fit, and medicine for epilepsy was found in the car. 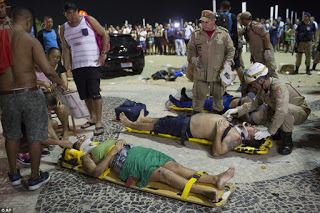 Witnesses described how the black car shot over a bicycle path and across the pavement, hitting people and crashing through tables and chairs, before coming to a halt on the sand.

The pedestrian area of Copacabana beach is a favourite summer evening walk for Rio residents and tourists who have begun to arrive in Rio ahead of Carnival celebrations next month. 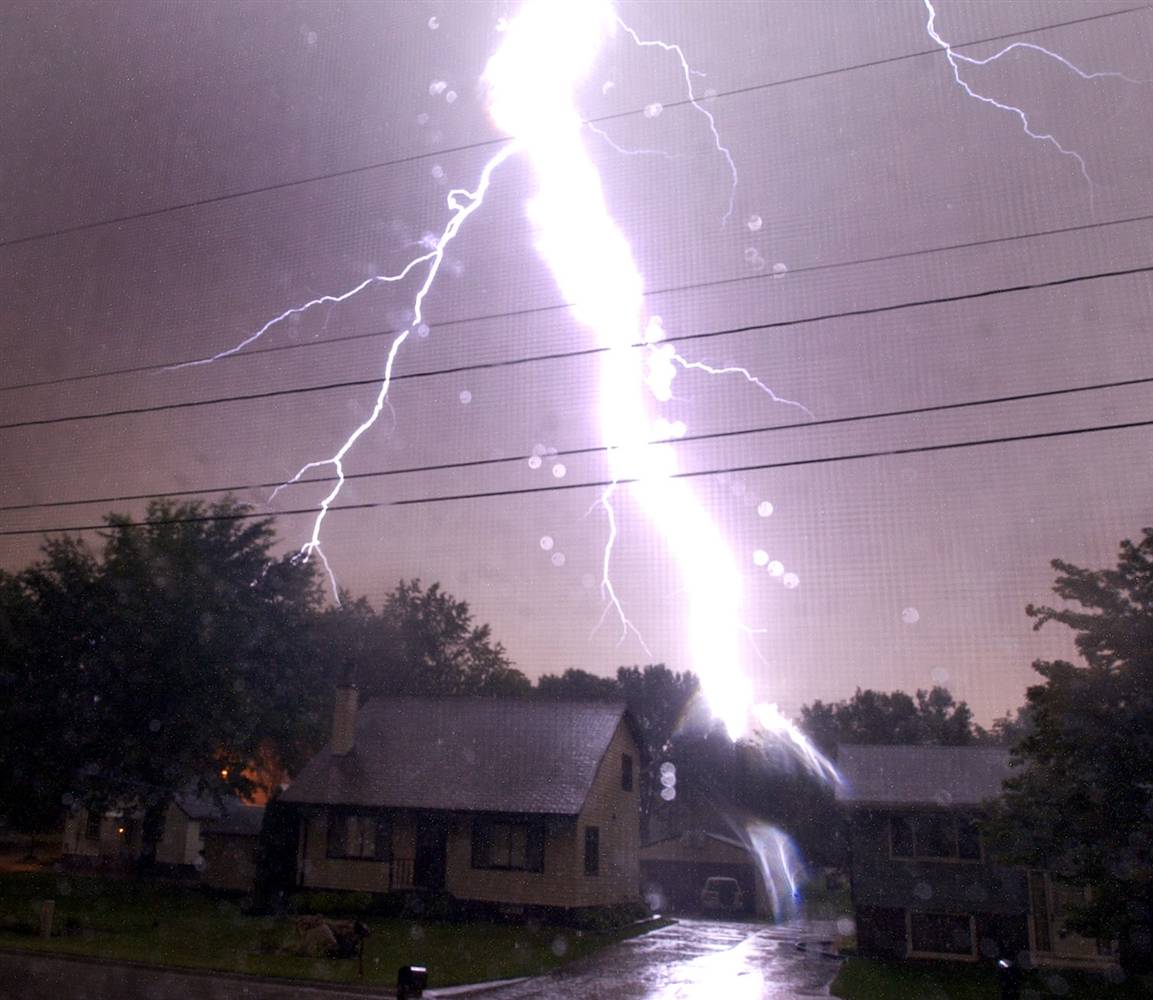 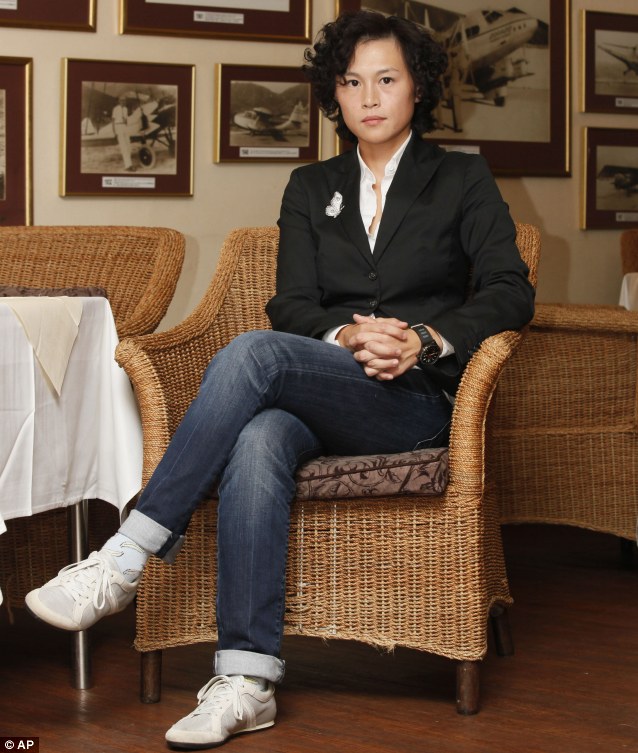 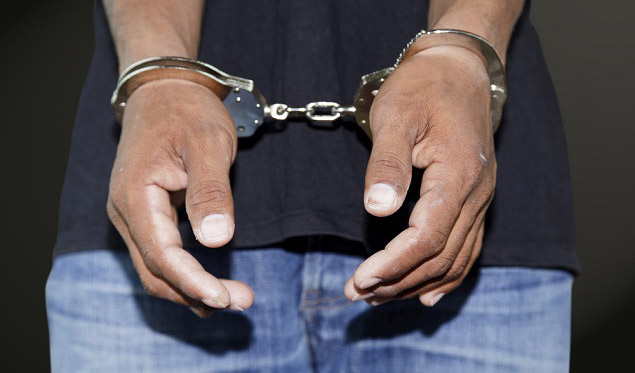