Police in Dedza are keeping in custody a 32-year-old woman for concealing birth of a child.

Sergeant Simwaka of Golomoti police in the district identified the suspect as Ms Elina Lekitala who hails from Lumwira village in the area of traditional authority Kachindamoto in Dedza.

It is reported that the suspect who is a single mother of eight children was seen with a 9th pregnancy in the village for quiteÂ  sometime.

However, she recently stopped showing signs of being pregnant and that prompted some villagers to question her.

Upon questioning her, Lekitala denied to have given birth and buried the baby.

The matter was reported at police and she was taken to Golomoti Health Centre for checkup where she was examined and found that she had been pregnant and delivered days ago.

The suspect was further interviewed and later she admitted that she had delivered alone a dead baby.

Police and health experts visited the scene where she had buried the dead baby and exhumed the baby which was in decomposed state.

Meanwhile, the suspect is expected to appear In court to answer the charge of concealing birth.

Man gets 14 year jail sentence for defiling own daughter 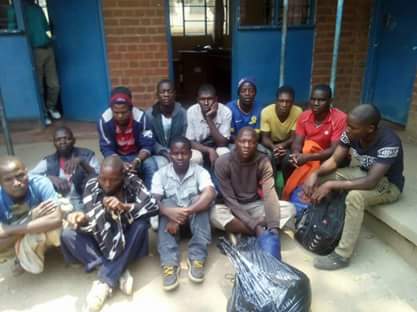