Chikwawa Magistrate’s Court has sentenced 49-year-old Chirizani Maudzu to spend the next 10 years in jail for defiling a 4-year-old girl.

The court, through State Prosecutor Danford Otala, heard that Maudzu defiled the neighbour’s daughter in the absence of both his wife and his own daughter.

“During that time, Maudzu invited both the victim and his own daughter who were playing outside. He gave his daughter a K5 coin to buy some sweets on her own.

“Taking advantage of his daughter’s absence, he dragged the victim into his bedroom where he defiled her,” narrated Otala .

According to Otala, the victim came out crying, prompting her mother to check on her and discovered that she had been sexually attacked.

Police arrested the accused and charged him with defilement where he denied the charge and was later granted a court bail.

Otala however, told the court that Maudzu absconded bail leading to his re-arrest this year.

In his mitigation, he said he had an extended family to look after hence his being plea for leniency.

The state through Otala however, prayed to the same court to hand the accused a harsh sentence, arguing such cases were on the rise in the district despite several convictions on the same.

First Grade Magistrate Gladstone Chirundu, while concurring with the state in condemning an increase in defilement cases, noted that characters like Maudzu need not to be condoned in society but rather isolated for the sake of girl children.

Chirundu pronounced his verdict and slapped the accused with a 10-year-jail term which he said would serve as a lesson to others.

Maudzu hails from Chindoko Village in the area of Senior Chief Ngabu in Chikwawa District. 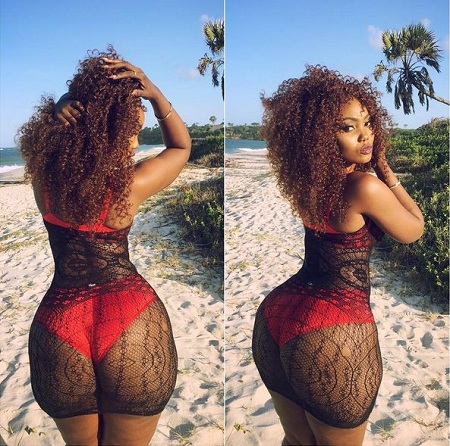 This Tanzanian lady teases her Instagram followers with such beauty (photos)