An employee for Electricity Supply Commission of Malawi (Escom) in Chikwawa has been arrested for allegedly being found with two herds of cattle suspected to have been stolen.

The suspect, Richard Bwanali, who works as the statutory body’s messenger at Nchalo Station, was picked on Monday following weeks of hiding from the law enforcers.

He is alleged to have bought two herds from three herdboys, including his own herdboy, Kondwani Austin.

Bwanali, a cattle owner himself, allegedly hired his herdboy and two others–Mike Joe and Wesela Singano to steal and offer him for sale two herds of cattle.

The three, on November 10, 2018, at Sekeni Village under Paramount Chief Lundu, made off with a K440,000 worth pair of herds belonging to farmer Evelece Lyson and gave it away at K20,000.

Following a complaint from the owner, police at Nchalo investigated and arrested the three herdboys on November 14.

The three implicated Bwanali, leading to his arrest on Monday.

He has since been charged with receiving stolen property contrary to Section 328 of the Penal code and is appearing in court today Tuesday alongside the three herdboys who are answering theft charges.

Bwanali has had a reputation of acquiring ill-gotten cattle and in August he was once arrested after being accused of buying five herds of cattle that belonged to Henry Mphende.

He returned the cattle to escape jail sentence.

Austin, 25, hails from Kampira Village; Singano, 17, is from Tambo Village both in T/A Mbenje in Nsanje District while Joe comes from Khukumba Village in T/A Ngowe in Chikwawa District. 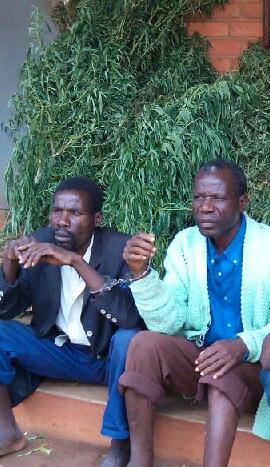 KCH DRAGGED TO COURT FOR NEGLIGENCE