The two involved vehicles collided head-on after a Zhong Tong bus registration number AIB 7262 which was being driven by Mr Alex Mwape failed to keep to his side lane and was hit by an oncoming truck and trailer. 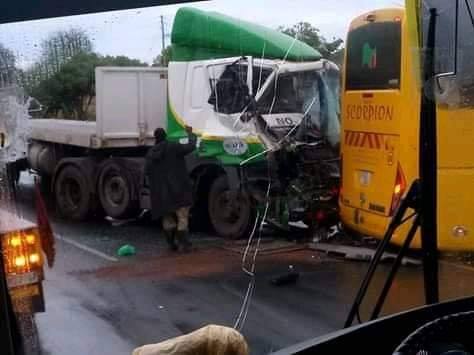 12 people have been admitted to Liteta Hospital after sustaining serious injuries in the road accident involving a truck and a bus in Chibombo district on 27 November, 2018.

Deputy Police Spokesperson Rae Hamoonga has confirmed in a statement to Mwebantu this afternoon.

“Involved was Chikandaenda Martin 46 of garden house in Lusaka who was driving a Daf truck AHB 5254, AHB 5362T from North to South and Alex Mwape on the run who was driving a Zhong Tong bus registration AIB 7262 from South to North.The accident occurred when the driver of the bus failed to keep to his near side lane and the truck hit the bus on the left side body causing serious injuries to the truck driver and from the bus 3 males, 5 females and 3 children, all have been admitted to Liteta Hospital,” said Hamoonga. 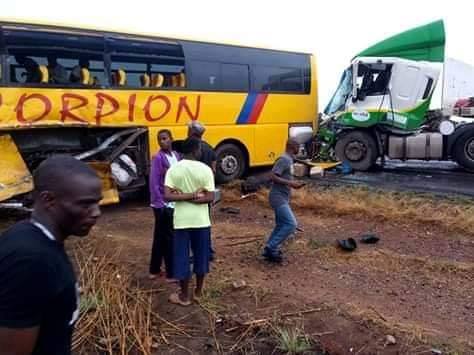 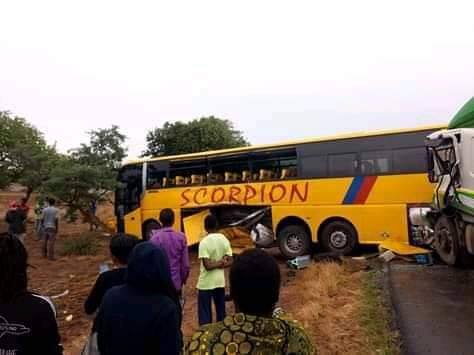 He said the truck was extensively damaged while the bus had its left side body damaged too.

Wife Gets 25-Year Jail Sentence for Killing her Husband