A life-size replica of Noah’s Ark, built and moored in the Netherlands, could soon be making its way to Israel. 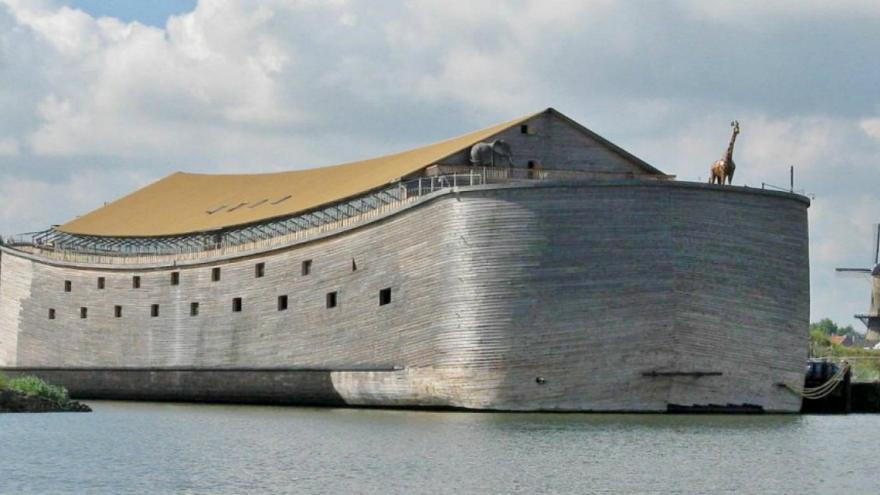 The boat’s Dutch builder, Johan Huibers, told the Jewish Telegraphic Agency (JTA) last week that he hopes to take the vessel to Israel.

“This is a copy of God’s ship. It only makes sense to take it to God’s land,” he said.

There’s a small hitch though. Although it is sea-worthy, the wooden vessel has no motor so it will need to be pulled by tugboats. The cost is estimated at more than €1 million.

It took Huibers five years to build the gigantic ship. He got the idea after reading the story to his children in 1993 and told himself he’d build one if no one already had.

His police officer wife took the announcement with a pinch of salt.

“She told the kids that after I finished building my ark, we can all go on vacation to the moon,” he recalled to JTA.

Fast forward to 2006 though and Huibers had completed his first Ark, with which he hoped to “spread God’s word in the Netherlands.” But the boat’s measurements, at 70 metres long and 10 metres wide, were not the ones from the Bible so he sold it and got started on a life-size version.

His original plan was to sail to Israel but those were shelved because of wildfires in the Middle Eastern country. A plan to sail to Brazil in time for the 2016 Olympics was hatched but also fell through.

Instead, the Ark has been operating as a Biblical museum in Krimpen aan de Ijssel, a municipaility just east of Rotterdam.

“I wanted children to come here and feel the texture of the wood, see the nails and see that what is written in the book is true,” he said.

“It’s meant to educate, a reminder that our world is changing, will continue to change, as we see now because of global warming, rising sea levels, fires,” he added.

However, it is currently closed to visitors. Local officials argue adjustments are needed to comply with safety regulations.