Newton Kambala has committed his loyalty to UTM despite his loss at the party’s convention on Monday.

Kambala lost the position of Treasure to Iqbal Omar former Member of Parliament for Lilongwe South West. He told the media that he is still a member of UTM despite the loss and believes that the newly-formed party will form the next government in 2019.

“I’m still a member of this UTM Party which is winning next year.” said Kambala.

UTM director of publicity Joseph Chidanti Malunga said, “the NEC will have to decide who to conclude and fill the reserved positions in order to have a properly represented structure.” He then added the integrated members wouldn’t have to be active politicians but people who believes in UTM. 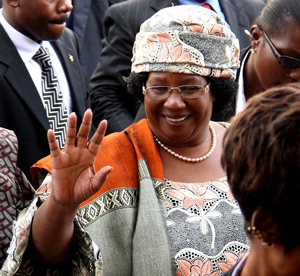