Mutharika Regrets Picking Chilima in 2014 as his Runningmate

While in Chikwawa Mutharika made a rare confession that he made a mistake in choosing an ‘outsider’ and power hungry Saulos Klaus Chilima  as his running mate in 2014. 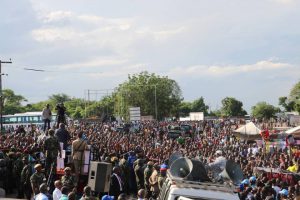 “There were 17 nominees for the running mate this year in the DPP. But I picked Chimulirenji because he was from within the party. I didn’t want to repeat the error I made in 2014. Please forgive me for that,” said Mutharika at the end of his visit to flood victims in the district earlier this week.