Daniel Chitonya Mwanyongo parliamentary candidate of the Malawi Congress Party (MCP) was left fielding questions alone as his competitors did not show up for the public debate.

The other candidates who confirmed to take part in the debate were Felix Kayira of United Transformation Movement (UTM), Navina Chisamba of United Democratic Front (UDF) and James Kamwambi of Democratic Progressive Party (DPP).

The reason for their absence is not known.

Commenting on the matter one of the organizers of the debate Anne Bwinga said nothing stopped them from continuing with the debate as the reason for the absence of other candidates was not known.

ŌĆ£We were surprised that they could not show up so we decided to go ahead with the candidate who had availed himself,ŌĆØ she said.

In his remarks Mwanyongo said he was grateful to the organizers for recognizing himself despite that he was the only one present.

He further added that the debate important was since it was the platform to share his vision with the people.

ŌĆ£I had to come because this was an important opportunity for me to share my vision with the people,ŌĆØ he said.

In his remarks Christobel Munthali Karonga NICE representatives thanked Mwanyongo for coming and sympathized with those who did not come.

The debate was being funded by Karonga dioceseŌĆÖs governance arm Justice and Peace and the Foundation for Community Support (FOCUS). ’┐ĮķśÆ’┐Į’┐ĮW 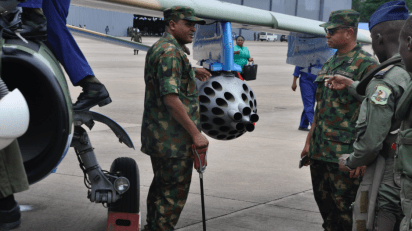