Flood survivors camping at Mulambe Primary School in Mulanje in Traditional Authority Nkanda, on Monday refused to leave the camp that is supposed to be used as an examination center for the Primary School Leaving Certificate starting on Wednesday.

The DistrictsŌĆÖ Education Manager, Enock Chumachawo, reported to the Civil Protection Committee that they were refusing to leave the classrooms as students were to do sitting plan arrangements ahead of the exams.

Following this, a team from the district council went to assess the situation and pleaded with the flood survivors who insisted on not leaving unless they receive some relief materials their friends from other camps had received.

Mulanje Disaster Desk Officer, Keith Sayenda said the council has run short of some relief items but was quick to say that some organizations like Plan Malawi and CARD have come in to bail the remaining victims out.

He however said it is unfortunate that the victims are refusing to leave despite being provided with temporary shelters in the process of getting them fully recover from the floods.

ŌĆ£We are in the process of making sure that every deserving person gets equal assistance however we were short of some items hence the delay, but they shall indeed get what they are supposed to getŌĆØ, explained Sayenda.

It has however been learnt that the areas ex-councilor Lydia Kathumba had promised to organize some relief items for the 95 victims at the camp through the district council which she has failed to honor hence the people refusing to vacate the school premises. 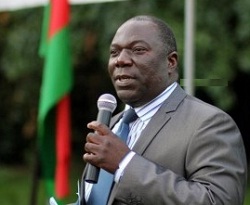