Police in Zambezi district of North Western Province have arrested former Zambezi East Member of Parliament Sarah Sayifwanda in connection with the alleged fight that ensued between Lundas and Luvales during an Electoral Commission of Zambia (ECZ) delimitation meeting. 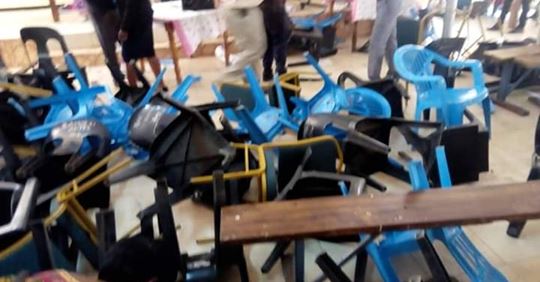 She also served in Rupiah Banda’s administration as Minister of Gender as well as Agriculture.

Namachila said Sayifwanda has been charged with conduct likely to cause the breach of peace.

“Yes I can confirm female Sarah Saifwanda has been arrested and charged for conduct likely to cause breach of the peace. Other cases are still under investigation to establish identity of who did what in that free for all punch up,” Namachila stated.

Sayifwanda is alleged to have had a hand in the alleged fight.

It is alleged that during the meeting, the Lundas had proposed the creation of a central constituency to cover both Senior Chief Ndungu and Chief Ishima, but it is believed the Luvales rejected it.

Sayifwanda is alleged to have then interrupted officials with a proposal to change the voting system, a move that angered the other group, resulting in the punch up.

Namachila has since indicated that more arrests would be made in connection with the fracas that resulted into the suspension of the meeting.