A woman in Kenya has shocked a village by exhuming the body of her husband to re-bury it somewhere.

Esther Wamuyu Gachanja, a teacher by profession exhumed the body of Peter Njuguna Murai from Kiharo village for reburial in her land in Mavoko.

The body was first buried five years ago after he died of natural causes. The location chief Lawrence Macharia told local media that parents of the deceased sold off the land where the body was interred and that was the reason the daughter-in-law sought to exhume the body of her late husband.

A village elder, Joseph Kiarie told The Standard that the teacher and her children cried two months ago when they found that the land had been sold and the tombstone destroyed when they came to lay flowers on the grave to mark the fifth anniversary of Njuguna‚Äôs death.

The village elder said the deceased was instrumental in helping the father to buy two and a half acres in the area after they had fled political violence in the late 1990s. The father later sold the land in piecemeal until the half an acre where his son was buried remained.

‚ÄúLater, father of the deceased tried to sell the remaining land with the grave but buyers shied away. So he decided to crush the tombstone and sold of the plot without informing anybody, not even the daughter-in-law,‚Äù the village elder said.

When the daughter in law learnt that the half-acre land had been sold off including where her late husband‚Äôs grave was, she went to court to seek orders to exhume the body. She obtained the order on August 9, this year.

In the order, the Magistrate also ordered that the local public health officer be present during the exhumation exercise.

The decision to exhume and take the body for burial to where the widow and children live was praised by women who witnessed the exhumation. Charity Wanjiku challenged young women to learn a lesson from Ms. Wamuyu that love can outlive death.‚ÄúWe, women of Kiharo village have felt challenged by the action of this lady. She has shown love to his husband goes beyond death,‚Äù Wanjiku said.

An assistant village elder, Sarafina Wanjiku recalled how the widow and her children cried when they found the land where their father was buried was no longer theirs.

Wanjiku said the teacher wondered why the father-in-law did not offer the land to her. She said the widow was willing to pay for the half-acre land to preserve the grave.

The exhumation attracted many residents. They expressed disappointment with the old man for selling the land instead of bequeathing to the daughter-in-law and the grandchildren.

The body was exhumed by a team of workers of a hearse company. The diggers took about three hours to reach the body as the soil was wet.

The body, which still had the black suit and tie on, was put in a body bag before being put in a new coffin. 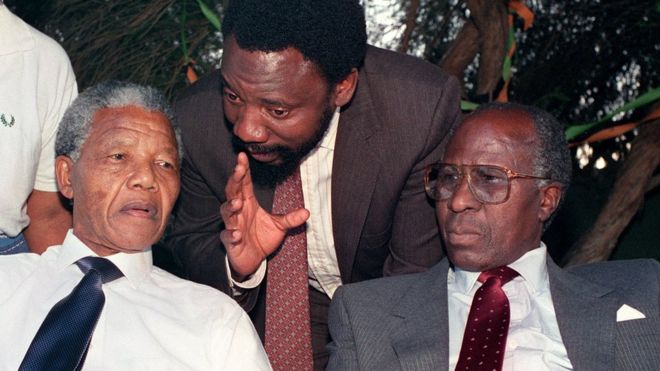