His latest encounter with African Divine Church members has attracted all manner of theatrics among people.

The race to the vacant Kibra constituency seat has hit the crescendo with politicians in last minute rush to woo voters their way ahead of the November 7 by-election.

Ruto made a quite entry into the area on Wednesday, October 30, where he joined members of African Divine Church in playing traditional drum accompanied by dances.

Though Ruto had in May 2019 opened a Sacco for the church top leadership and followers, the latest encounter was characterized with political undertones and pledges considering the by-election about a week away.

William Ruto first held a meeting with the particular church in May 2019. The latest encounter was characterized with political undertones.

The DP reiterated Mariga is the only candidate who is better placed to work closely with the government to uplift the life standards of Kibra residents. On Sunday, October 27, the country’s second in command promised to deliver modern houses to the area residents should they make the former footballer their next MP.

āIf you are a resident of Kibra, as the Jubilee government we want to construct houses, so that if you are paying for instance KSh 4,000 0r KSh 5,000 after 15 years the house becomes yours,ā said Ruto.

The Kibra parliamentary seat fell vacant following the death of the area MP Ken Okoth on the afternoon of Friday, July 26, 2019. 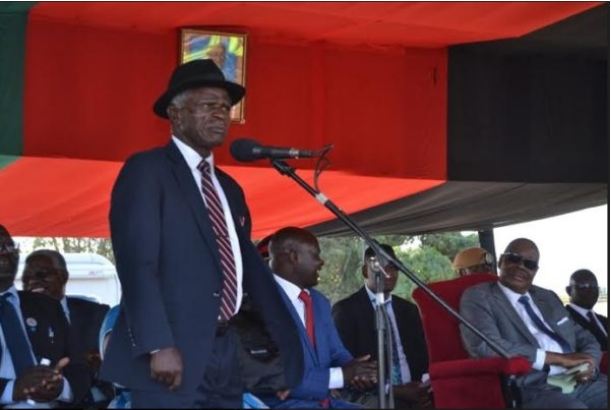 Tumbuka Chief Not Certain if Muntharika Will Win 2019 Elections