A transgender woman had a vagina constructed using the skin of a tilapia fish after her genitals began to shrink and close up following botched surgery, The Sun reported.

The complex procedure is called neovaginoplasty, used a tubular-shaped acrylic mold wrapped with the skin of the freshwater fish in the form of a biological prosthesis to rebuild and extend the vaginal canal in a three-hour operation. 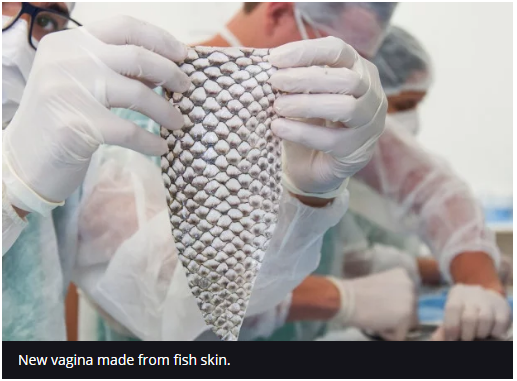 According to surgeons, Maju, has the chance of a “proper sex life” and a boost of confidence thanks to the sea creature’s skin.

“We were able create a vagina of physiological length, both in thickness and by enlarging it and the patient has recovered extremely well. She is walking around with ease, has no pain and is urinating normally. In a couple months we believe she will be able to have sexual intercourse.” said Professor Leonardo Bezerra.

Maju said: “I was the fourth person in Brazil in 1999 to have, what was then, experimental surgery. But 10 years ago I developed vaginal stenosis. The opening of my vagina started to get narrower and shorter and the canal collapsed.”

According to Bezerra, vaginal tract closure is common in trans women who have undergone a sex change.
(Visited 135 times, 1 visits today)
love and relationship tips