Minister of Information, Civic Education and Communications Technology, Mark Botomani, has called upon Community Radio Stations in the country to foster peaceful co-existence and national development.

Botomani said this Wednesday in Nsanje when he visited Nyanthepa and Gaka Community Radio Stations as part of his familiarization tour of establishments under his ministry.

“I implore on Community Radio Stations in particular, but largely all radio stations, to promote peaceful co-existence.

“Malawi is a peaceful country that has not seen war, be it civil or tribal for over 50 years, so I implore upon you to safeguard this rare commodity that we call peace,” said Botomani.

Botomani added that it ought not to matter whether one is a Sena, Mang’anja, Tumbuka, Yao or any other tribe; ‘we must all live in peace and harmony as one people.’

Botomani who was accompanied by the Director of Information, Gedion Munthali and Technical Advisor at the Ministry, Frederick Ndala, also promised continued support by government to the media in the country.

Director for Gaka, Gizex Gizai, commended the Minister for undertaking the visit which he said was encouraging for the radio whose coverage apart from Nsanje reaches parts of Thyolo, Mulanje, Blantyre and Phalombe.

Member of Parliament for Nsanje South West, Alice Mtiza, commended Nyanthepa Radio Station for the critical role it played in women empowerment during the May 2019 elections that led to a number of women, including herself getting seats in Parliament and Councils. 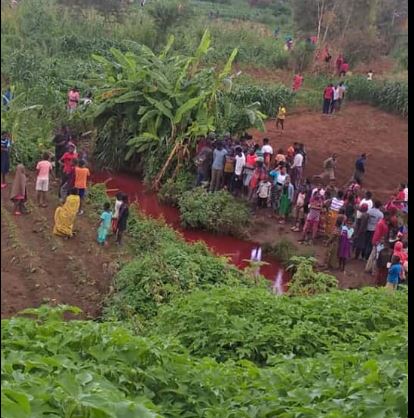