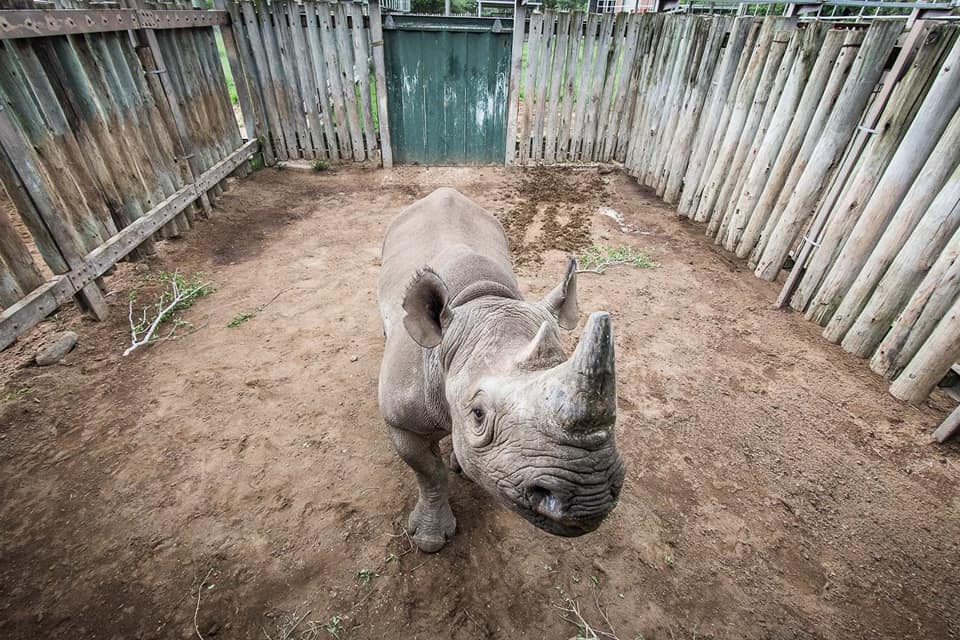 The CEO of African Parks,Peter Fearnhead, says he is pleased to be writing to the Malawi Government from Liwonde National Park in Malawi where 17 black rhinos, which were transported from South Africa on Monday, have all successfully been released into the park.

This is one of the largest international black rhino translocations to date, which was carried out in conjunction with WWF South Africa, Malawi’s Department of National Parks and Wildlife (DNPW), and Ezemvelo KZN Wildlife.

Our shared vision is to bolster Malawi’s existing rhino populations and to support regional efforts to conserve this critically endangered species.

These rhinos were quarantined in KwaZulu Natal, South Africa, for six weeks before being flown to Lilongwe, and were driven over eight hours to their new home – Liwonde National Park – where they were all released yesterday.

We are also moving two of Liwonde’s existing rhinos to Majete Wildlife Reserve today, as well as moving another rhino from Majete to Liwonde, all in an effort to improve genetic diversity in these two parks and create a healthy population of rhinos for Malawi.

Extensive measures to protect these animals include aerial surveillance, daily ranger patrols and the integration of the most advanced technology to enable their live-time tracking.

Each rhino has been fitted with a new GPS sensor device provided by Smart Parks, allowing our teams to accurately monitor their activity and location 24 hours a day.

African Parks has been working in partnership with the DNPW to secure and restore Majete and Liwonde since 2003 and 2015 respectively.

With fewer than 5,500 black rhinos remaining in the wild, translocations to well-protected areas are essential in providing for their long-term survival.

This is an extremely hopeful endeavor for rhinos, where we are able to go to extreme efforts to supplement secure rhino populations, which is a testament to the Malawian Government, and all of our partners involved.

The translocation was also made possible with the support of Stichting Natura Africae, Vale Logistics and Save the Rhino International.

In addition, WWF Belgium, The Wyss Foundation, and the People’s Postcode Lottery have also provided significant multi-year support for the ongoing management of these parks, and to whom we are very grateful.

As the CEO Concludes the letter,he says It has been a great few days for rhino conservation here in Malawi.