Rap superstar Snoop Dogg crowned himself People’s Sexiest Man Alive on Thursday by sharing a hilariously doctored cover of himself smoking a joint.

The 48-year-old SoCal native’s Sinatra-style undone bow-tie was replaced with a Crips gangsta bandanna and the subhead: ‘How a Crip took your chick.’

Unlike the EGOT champ, the Martha & Snoop’s Potluck Dinner Party star hasn’t won many awards, but he’s been nominated for two Primetime Emmys and an eye-popping 16 Grammys. 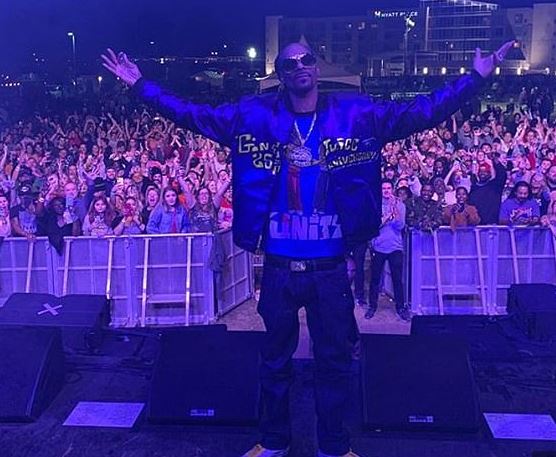 People Magazine has steered clear of bestowing their honor on men with criminal pasts, and the 6ft4in hip-hop star has had many brushes with the law.

‘Musically, visually, sexually – Prince was the greatest to ever do it. Point blank,’ Dogg explained to People in 2016.

‘He showed us how to seduce a woman; make music that felt good to women and appealed to men as well. He stayed in tune with his feminine side while remaining masculine.’

The Do You Like I Do hitmaker has three children – Corde, 25; Cordell, 22; and daughter Cori 19 – with his wife of 22 years, high school sweetheart Shanté Taylor.

The Dr. Dre protégé also has a 21-year-old son Julian Corrie with his babymama, Laurie Holmond.

Snoop will next kick off his 25-date I Wanna Thank Me Tour with a sold-out concert on December 2 at The Fillmore in San Francisco.

Previous articleBiggest Tech and Innovation Trends from Africa
Next articleBoy, 14, dies in road accident in Chikwawa