A six-year-old boy born with a ‘tail’ is being worshipped as a monkey god, but his parents have been forced to hide him away due to the attention.

Shivam Kumar’s neighbours believe he is a divine being due to the unusual growth of hairs on his back, so they shower him with chocolates and snacks.

They flocked to see him as news spread after he was born in Delhi,Â India,Â and some came with flowers believing he was a reincarnation of Hanuman, a powerful monkey deity for Hindus.

The growth shocked doctors and Shivam’s parents, including his mother Reena, 30, refuse to shave it off because “it would bring a bad omen for our family”.

The incessant visits took place for almost a full year before the family’s local guru asked them to stop letting people carry on with worshipping him as a God.

The guru said it would have untold effects on his psyche in later life.

Since then, the boy has been living his life normally, but continues to be pampered by his neighbours.

His mother said: “Everyone loves him so much in my neighborhood.

“Initially, it caused a problem for us as people would visit our house every other day which would hinder our daily lives.

“Our guru suggested asking people to stop this madness and let them live their life, so we followed his instructions and the people now have lessened approaching us although it has not stopped completely.

â€śSometimes people would come and ask about shivam but we would deny them by saying he is not in the house.

When asked if the doctors have suggested any treatment for Shivam, Reena is adamant “there is nothing wrong with my son as he is perfectly healthy”.

She added: “This is by his birth, we know he is special but we cannot shave the hairs as it would bring a bad omen for our family.

“This might have been a gift of God and we do not want to tamper with any of his plans.”

Shivam’s grandmother said: “He acts and behaves like a monkey. He will laugh like an ape and always keep jumping.

“He will invert himself and stay with his legs up in the air just like a monkey would do.

“We initially thought it would improve with time but this is also similarly an indication that he might be an incarnation of Lord Hanuman and we cannot deny it.”

“His tail is now short but we believe as he grows up the hairs would increase in length.

“We do not even know if the hairs would also stop growing but that is not what it seems like which would happen so we doubt it would grow further.” 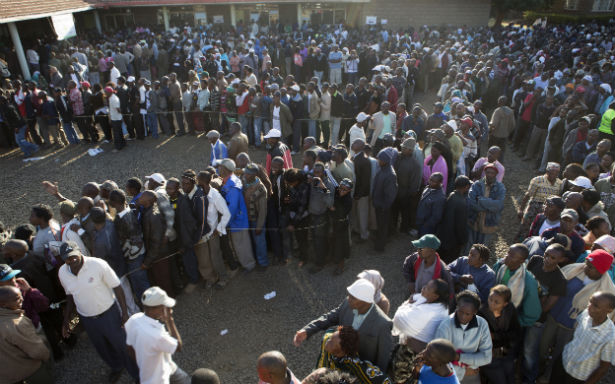