A Kenyan woman was on Sunday arrested in Ndhiwa town for allegedly defiling a 17-year-old student student.

According to residents of Ndhiwa, the 25-year-old woman and a cashier at a local pub lured the Form Three boy with money in exchange of sex.

They added that this is not the first time the woman was defiling the boy.

They claim that since schools closed in October the boy was been seen several times at her house.

On Saturday, the boyâ€™s father discovered that his son had disappeared to an unknown place for four days.

This is after a private tutor who was hired to teach the boy and his sister informed the father of the boyâ€™s absence from the sessions.

Apparently, the boy would leave home pretending to be going to the tutorâ€™s place but would divert along the way and go to the womanâ€™s place.

After inquiring, the father learnt his son was with the woman.

The father reported the matter to the police and two officers accompanied him to the womanâ€™s place where they found the boy in the womanâ€™s bed.

She was immediately arrested and taken to Police Station.

The suspect was due to be arraigned in court on Monday. 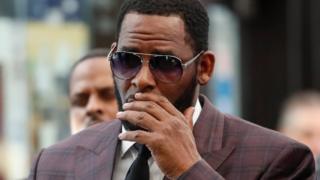