A prominent architect has been struck and killed by a piece of building facade that fell onto a Manhattan sidewalk.

Erica Tishman, 60, a founding partner of DeWitt Tishman Architects LLP, was identified by the New York Post as the woman who was killed.

Tishman was killed instantly around 10:45am on Tuesday on 49th Street near Seventh Avenue, about 500 feet north of Times Square. She was declared dead at the scene.

Police say the incident occurred outside of a 104-year-old building at 729 Seventh Avenue, a 17-story building constructed in 1915.

City records show that the property was cited in April for ‘failure to maintain exterior building facade and appurtenances’.

Building inspectors wrote that ‘damaged terra cotta at areas above 15th floor in several locations which poses a falling hazard for pedestrians’. The company later paid a $1250 fine.

The building’s management told the city in November that it planned to install scaffolding up to 150 feet tall for the repairs, but as of Tuesday the scaffolding had not been installed.

The building’s owner, Himmel + Meringoff, owns 12 commercial buildings in Manhattan, most of them in Midtown.

‘We are saddened by this tragedy and our hearts go out to the family,’ the company said in a statement to the New York Times ‘The Company will fully cooperate with the city in the ongoing matter.’

The Department of Buildings is investigating the incident and has engineers and inspectors at the scene.

‘This is a tragedy, and the family and friends of the victim are in our thoughts. No pedestrian should be at risk from dangerous faÃ§ade conditions,’ a department spokeswoman said in a statement.

The first floor of the building is a commercial space that includes a clothing store and a large souvenir shop catering to tourists.

In 2018 the building owners secured a $60 million refinancing of the mixed-use office property from Signature Bank.

Tishman’s office was just a few blocks away from where she was struck and killed by the falling masonry.

The 60-year-old mother-of-three received a bachelor’s degree from Princeton University in 1981, and a master’s degree in architecture from the Harvard University Graduate School of Design, according to her LinkedIn profile.

Her grandfather, the late Abraham M. Linden Baum, was president of the Brooklyn Law School.

She had been a licensed architect since 1985, and was a member of the American Institute of Architects.

She marriedÂ Steven Howard Tishman in 1982, in a ceremony at the Plaza Hotel, according to a wedding announcement in the New York Times.

Her husband was described as ‘financial analyst with the Zayre Corporation, a self-service department-store chain with headquarters in Framingham’.

On her Facebook page, Tishman wrote proudly about her two sons’ engagements.

Tishman and her husband have been members of Central Synagogue in Manhattan since 1992, and Erica Tishman served as a trustee at the temple, according to its website.

According to her profile on temple’s site, TishmanÂ is a member of the Executive Committee of the Board of Trustees and Chair of the Real Estate Committee for the Educational Alliance, a social service agency located in lower Manhattan that serves 50,000 New Yorkers annually.

The Alliance’s President and CEO, Alan van Capelle posted a heartfeltÂ tribute to Tishman after the tragedy.

‘I am in shock and disbelief over the death of my friend and colleague Erica Tishman earlier today. Erica was the first woman to Chair the Board of Education Alliance in our 130 year history,’ van Capelle wrote.

‘She may have been from the Upper East Side but she knew every inch of the Lower East Side and she cared deeply about the diverse communities living in our neighborhood. There will be more to say in the days ahead but today we are all just sad.’

The Alliance posted its own tribute onto its Facebook page on Tuesday evening.

‘It is with great sadness that we write about the passing of Erica Tishman, an invaluable force and irreplaceable ally to our organization. Erica served on the EA board for more than a decade, three years of which she spent as our Board Chair, the first woman to do so in our 130 year history.

‘Under her leadership and support, EA flourished… Erica not only gave over her time, resources, and professional talent to EA, she was deeply connected to our community and staff, judging our Youth of the Year contest, giving out annual Peer Awards for staff members, and regularly visiting our campuses and programs.

‘Just two weeks ago, Erica – along with the Central Synagogue community – volunteered at their annual Thanksgiving dinner for families at P.S. 188. There is one word that encapsulates Erica: indefatigable. To every opportunity, meeting, or event, she always brought her full self. Her presence will always be felt in every corner of our organization.

‘In the coming days, we will announce more formal ways in which we will honor Erica’s life. In the meantime, we send our sincere condolences to her husband, her family, and to all of her friends who are shocked by this tragic loss.

Tishman also served as a board of trustees member, and chair of facilities for Riverdale Country School for 12 years and currently oversees their Capital Projects. She was also chair for the Alumni Schools Committee for Princeton University.

After the tragedy, Senator Brad Holyman wrote on Facebook: ‘Eight months ago, a building in the heart of my district and near many Broadway theaters was issued a violation for ‘failure to maintain building wall(s) or appurtenances.

‘Today a woman walking past it lost her life when debris fell and hit her. I’m urging the city to look at this case very closely. If there was any wrongdoing involved, the full weight of the law must be directed at the responsible parties.’

It is not the first time that falling masonry has killed a pedestrian in New York City.

In 2015, two-year-old Greta Greene was being held in her grandmother’s arms while she sat on a bench on Manhattan’s Upper West Side when a large chunk of brick fell from an eighth-floor window ledge.

The debris struck the child in the head resulting in traumatic brain injuries and also caused her grandmother, Susan Frierson, 60, minor injuries. 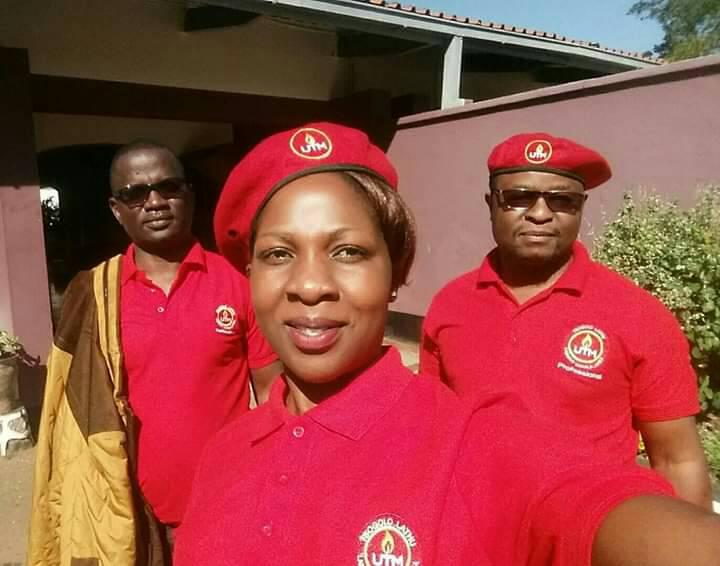