Reports reaching Face of Malawi are showing that the alliance between Malawi Congress Party (MCP) and United Transformation Movement (UTM) has been finalized, supporters can breathe a sigh of relief.

In a press statement signed by UTMŌĆÖs Secretary General and spokesperson Patricia Kaliati and Joseph Malunga respectively, the official signing ceremony of the alliance will take place at Bingu International Convention Center (BICC) on March 19 in Lilongwe.

ŌĆ£It is further hereby announced that the signing ceremony of the alliance agreement shall take place at Bingu International Conference Center (BICC) on March 19, 2020 at 10:am,ŌĆØ reads part of the statement.

However, the statement did not give details on who will be the flag carrier of the Alliance saying the partyŌĆÖs president who is also the countryŌĆÖs state vice president Saulos Chilima will give more details.

ŌĆ£The partyŌĆÖ president and the state vice president Right Honourable Saulos Chilima, has been mandated to conclude the final details of the alliance agreement on behalf of the party,ŌĆØ Malunga said.

On May, 19 the country is expected to go to polls to elect president following nullification of May 21, 2019 presidential elections by the Constitutional Court. 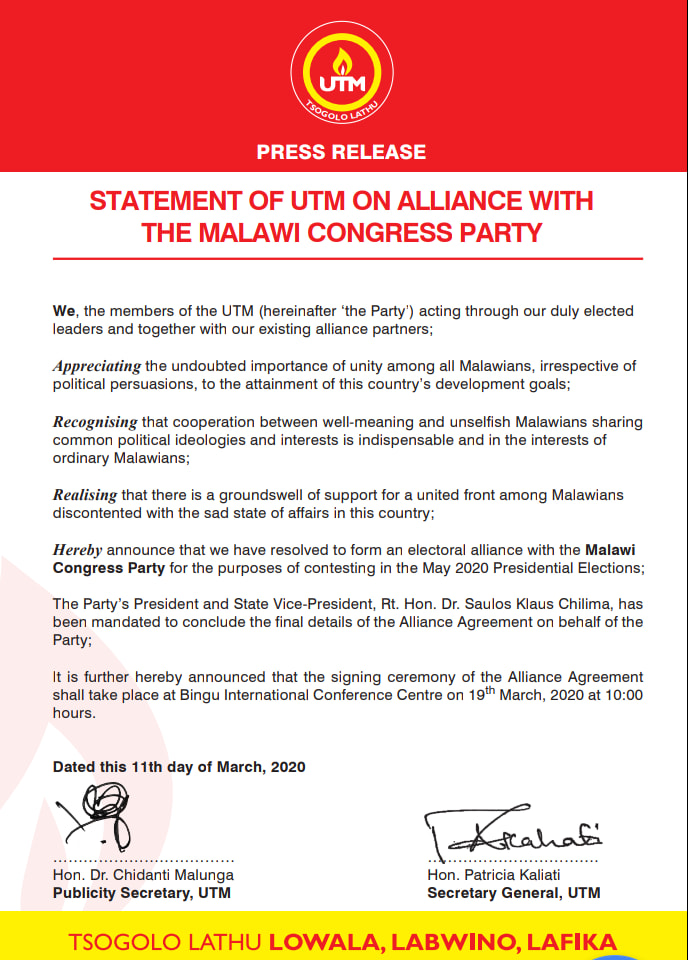 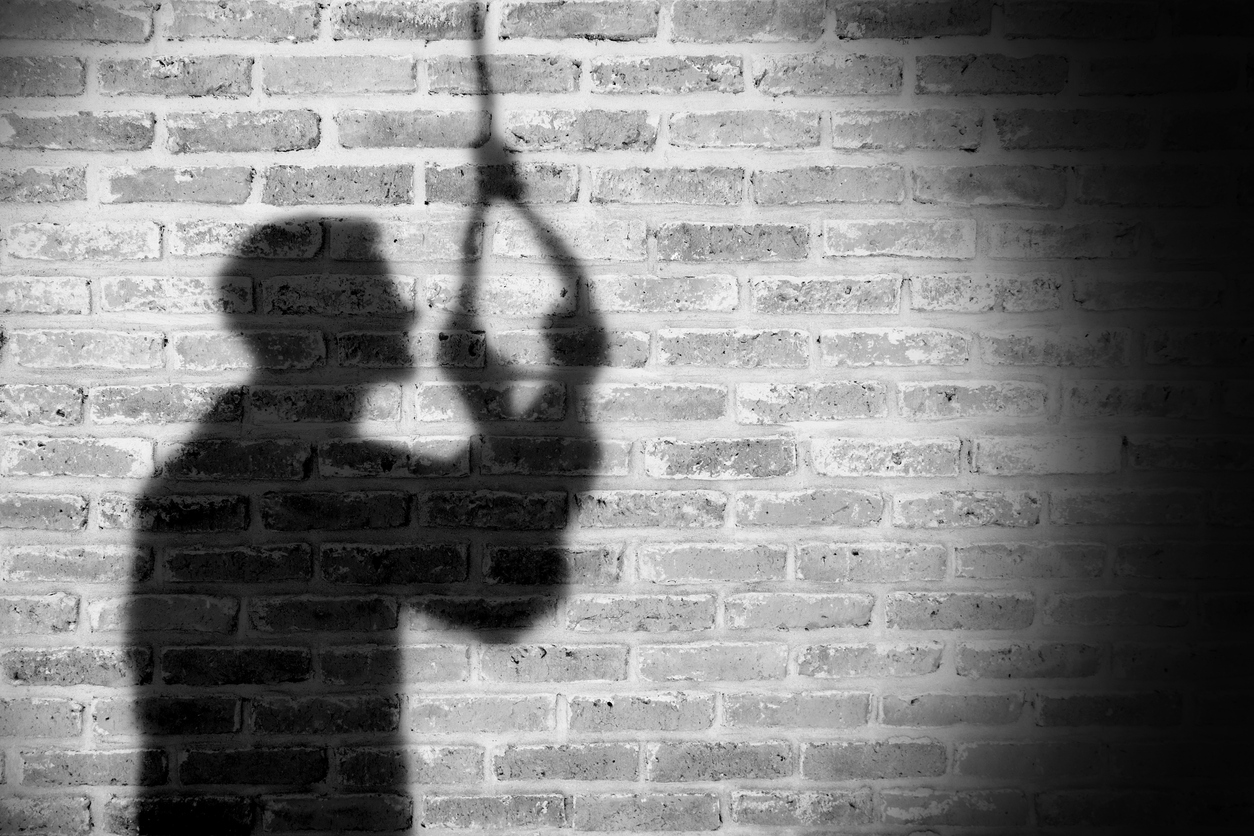 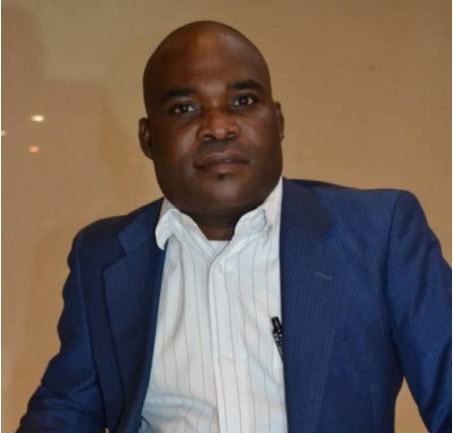 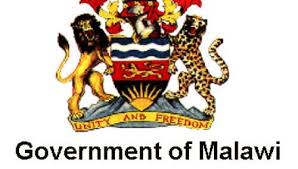