Skip to content
March 25, 2020
Local Malawi News
ALLCREATURES Animal Welfare, a local organisation concerned with the protection of animals- has criticised the selling and buying of pets on roadsides and streets, saying the malpractice infringes on animal rights.
The organisationÔÇÖs Communications and Programs Officer, Chippo Chiwala said those in the habit do not follow right procedures for animal welfare.
ÔÇťSelling animals on the roadside is bad because they do not follow right actions to promote and improve the welfare of the animals.
ÔÇťFor instance, we have received cases where their customers are deceived in being assured the animals have been vaccinated when in fact the animals have not,ÔÇŁ she said.
Chiwala said roadside animal dealers are only focused on making money such that they use any measures to deceive customers, which is wrong morally.
ÔÇťRecently, we have been having cases where they put super glue behind dogsÔÇÖ ears to make them look like German Shepherds,ÔÇŁ she said.
German Shepherd is a breed of medium to large-sized working dog that originated from Germany with a distinctively primitive, wolf-like appearance.
Commenting on the matter, Veterinarian Peter Mwale said many of the animalsÔÇÖ freedoms are infringed when being sold on the streets and roadsides.
ÔÇťAll animals have freedom from hunger, thirst, discomfort, pain, injury, fear and distress and to express normal behaviour.
ÔÇťThe pets are carried almost the whole day in the sun, without being given food and water at times, which is unhealthy,ÔÇŁ he said.
Mwale further advised Malawians to play a huge role by being compassionate and have love for animals. He said they should also be aware of animalsÔÇÖ rights and should stop selling pets in the streets and roadside.
ALL CREATURES is a leading non-profit animal welfare organisation that offers veterinary services programs. The organisation works closely with Malawi Police and Veterinary Department in enforcing the Protection of Animal Law.
Source: Mana Online
(Visited 43 times, 1 visits today)
0 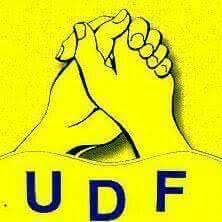 ‘UDF has Suspended Gatherings of More than 50 People’ Says Muluzi