The US president recently signed an executive order stating America has the right to explore and use resources from outer space. 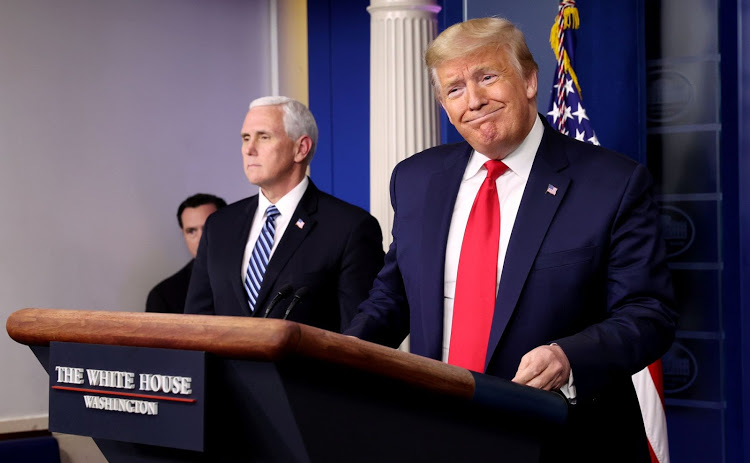 The order also said the US did not see space as a common area for resources and didn’t need the permission of international agreements to get started.

But why does he want to mine in space? And what are the benefits?

Radio 1 Newsbeat has been speaking to a couple of experts who can fill us in.

According to Sarah Cruddas, mining the Moon will help humans travel further in space, to places like Mars.

Sarah’s a space journalist and says the Moon can become “an intergalactic petrol station” – because it has the resources needed for rocket fuel – like hydrogen and oxygen.

Having a petrol station in space means rockets can travel further into space before worrying about running out of fuel.

“It’s like not taking a kitchen sink when you go on holiday. We shouldn’t need to take everything with us when we go into space,” Sarah tells Radio 1 Newsbeat.

Exploring deeper is important because space has lots of resources which can be used to benefit our planet.

Professor Benjamin Sovacool says the world is moving towards renewable energy sources because of climate change and needs those resources.

“We are currently depleting the resources we have,” Benjamin tells Newsbeat.

Benjamin is professor of energy policy at University of Sussex and says mining more materials in space can help build items such as electric cars – which will be good for the environment in the long-term.

“Metals such as lithium or cobalt – which you need – are mainly in places like China, Russia or Congo. And it’s difficult to get them.”

He says it can be complicated trying to source materials from different suppliers around the world, all of which have different rules.

“Mining on the Moon, with one entity, might be easier,” he adds.

Sarah says mining those materials on Earth in places like Congo, is “done in horrible conditions”.

But Benjamin does warn that in space mining doesn’t offer a short-term fix for climate change on earth.

One of the reasons behind President Trump’s decision to mine on the Moon could be a lack of access to minerals for the US compared with other parts of the world.

“The US has lost the race – other countries are ahead, like China and Russia,” says Benjamin.

Materials mined by China have been made available around the world.

“It will be really attractive to people like President Trump if you are able to get minerals in a place where the Chinese aren’t – like space.”

There has been tension between the US and China since President Trump came to power, and Benjamin says this is a chance for him to assert “dominance and leadership”.

What about the law?

President Trump’s order is clear that international law won’t apply to US efforts in space – but laws about what humans can do off-planet are less well defined.

“Space law is developing, it’s something that will change over time,” Sarah says.

No country “can claim to own the Moon”, but currently it’s like maritime law: “If you go there, find it and mine it – it’s yours to keep.”

Benjamin says setting our sights on outer space may be inevitable because of climate change happening here on our planet.

“One of the arguments people make is space is the only place left to go because we’ll eventually mess up our Earth so much,” he says.

“That viewpoint demands space exploration as the only viable alternative for the future of humanity.”

Can it happen in our lifetimes?

According to Sarah, “the technology is there” and progress is fast because there are more private companies involved.

“Before, it was always government funded. But with private companies and individuals, there’s more money and ambition,” she tells Newsbeat.

“We’re going to see huge advances on things like mining on the Moon, mining asteroids and the sea, and humans visiting Mars. That’s all feasible within our lifetime.”

But Benjamin says it’s also important to use technological developments on existing mining processes on Earth.

“Lunar mining is at the top of the pyramid, it’s really hard to reach,” he says.

“So first develop existing mines, such as gas and deep-water mining. After that, you can go to the next level up.”

He feels lunar mining is “at least 10 to 15 years away”, and its future will even then be very dependent on other factors such as money and resource.

Ultimately, though, Sarah says it’s “all a part of something greater”.

“You look up at the Moon, we’re watching the sky.

“It’s all part of being involved in extending humanity beyond Earth.”