Cyclone Amphan barrelled through eastern India’s coastal communities and neighboring Bangladesh on Wednesday, leaving at least 84 people dead. It was the strongest Super Cyclone ever recorded in the Bay of Bengal, but it lost much of its steam before making landfall.

Still, Amphan packed a serious punch. Wind gusts over 110 miles per hour uprooted trees and damaged homes, power lines and telephone cables across much of India’s West Bengal state. Flooding was also a problem as both storm surge and heavy rains inundated some areas and flooded a major airport. 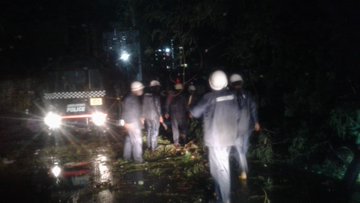 At least 72 people were killed in West Bengal state alone, and two more deaths were reported in neighboring Odisha, according to the state government. Most of the deaths in India were blamed on trees falling on people or wind and water collapsing homes. 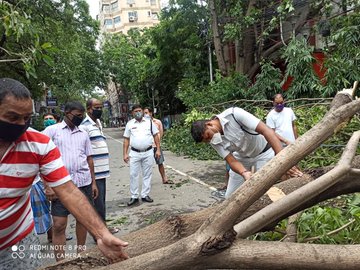 Bangladesh reported 10 deaths and said 1 million people were left without power as electricity poles were toppled in south and southwestern parts of the country.

Electric outage in Phool Bagan, Kolkata caused due to the cyclone. Please pray for the ones who are not fortunate enough to have proper shelter in these challenging times. #CycloneAmphan #CycloneAmphanUpdate #AmphanSuperCyclone #Amphan pic.twitter.com/Lx2FsOyc0e

The next few days will be a major test for authorities in both India and Bangladesh, as they have to continue addressing the coronavirus pandemic, while also cleaning up from the deadly storm and getting hundreds of thousands of people out of shelters and back into devastated communities.