Police in Likoma are keeping in custody three men for stealing seventy bags of cement worth K630, 000.

The public relations officer for Likoma police, Sub-Inspector Mcliff Ngulube, said Liu Zhenjiang who is the manager of Liu construction company which is planting solar panel schemes at Likoma and Chizumulu Islands, delivered 200 bags of cement at Chizumulu plant site on Friday July 17, 2020.

Ngulube further said that on Sunday, July, Zhenjiang was surprised to learn that Chizumulu plant site had run short of bags of cement.

ŌĆ£Liu asked plant supervisor to conduct a stock taking. It was discovered that seventy bags of cement were missing,ŌĆØ said Ngulube.

The matter was reported to Likoma Police Station and officers visited the scene of crime. Investigations carried out led to the arrest of the three suspects on Monday July 27, 2020.

Upon interrogation, they revealed that they stole the bags of cement in question. The trio will appear in court soon to answer a charge of theft by servant. 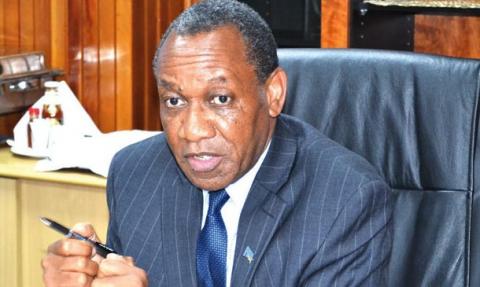